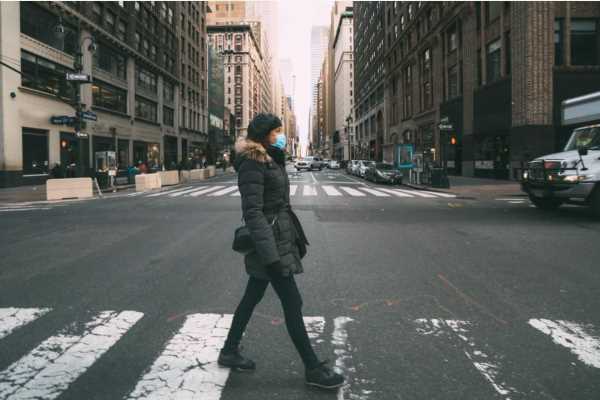 In a recent study posted to the bioRxiv* preprint server, researchers reported a novel severe acute respiratory syndrome coronavirus 2 (SARS-CoV-2) Omicron and Delta recombinant virus in the United States (US).

The US genomic surveillance monitors and characterizes the emerging SARS-CoV-2 variants. SARS-CoV-2 specimens procured from 64 states and jurisdictions were captured and sequenced by the Centers for Disease Control and Prevention (CDC) through the National SARS-CoV-2 Strain Surveillance Program (NS3). This was in addition to viral sequencing endeavors from US academic, commercial, and public health laboratories. These initiatives have provided more than 1.8 million genomes of SARS-CoV-2 from the US to public repositories from January 2021.

An Omicron-Delta recombinant strain might change the outlook of coronavirus disease 2019 (COVID-19) vaccines and treatment effectiveness. This was due to the divergence among the Delta and Omicron genomes and Omicron's recognized immune escape capabilities. There were reports of viruses originating from recombination of Delta and Omicron in early 2022, but subsequent investigation revealed these were either due to coinfections or laboratory aberrations.

In the present study, the authors reported SARS-CoV-2 with recombinant genomes that feature hallmark mutations of the Omicron and Delta VOCs from the CDC national genomic surveillance system. The team also outlines attempts to eliminate sequencing of laboratory contamination. A quick interclade recombination identification technique named Bolotie was employed in the investigation.

Raw data of the identified SARS-CoV-2 recombinant sequences were developed using the amplicon and molecular loop-based sequencing approaches to rule out bioinformatic errors, Omicron-Delta coinfections, and laboratory contaminations. The sequencing techniques employed in the study were Nanopore, Pacific Bioscience (PacBio), and Illumina sequencing.

These sequences harbored signature mutation patterns from SARS-CoV-2 Omicron and Delta lineages, moving from Delta-related alterations to Omicron-linked substitutions among 158 and 339 spike (S) amino acids. This breakpoint differs from the breakpoint upstream of S in the ORF1ab gene found in two clusters of putative Delta-Omicron recombinants discovered in the United Kingdom (UK).

The nine whole-genomes were categorized as 21K (Omicron/BA.1) by Nextclade. When the genome was split at position 22150, the initial base fragment was termed Clade 21J, and the rest was Clade 21K. Phylogenetic Assessment of Named Global Outbreaks (PANGO) categorized the first 22150 base segment of each recombinant sequence as AY.43 (Delta), although Scorpio disagreed with this observation. Further, closer similarity to AY.119.2 (Delta) sequences was discovered in this area. The residual sequence fragment from nucleotide 22151 to the 3' terminus was assigned as BA.1.1 (Omicron). This finding has been recorded in the PANGO-designations repository and is being evaluated for possible lineage assignment.

The two re-sequenced specimens were validated as authentic recombinants by detailed sequence analysis, which revealed no indication of contamination or co-infection. At the 5' end of the recombinant, typical Delta mutations like G21987A, C21846T, C21618G, and deletion 22029 to 22034 with more than 99% frequency were observed compared to the representative AY.119.2 (Delta) specimen. At position 22577, the mutation pattern of recombinant paralleled those of the representative BA.1.1 (Omicron) specimen.

Notably, an examination of the individual Oxford nanopore (ONT) reads revealed that Delta mutations co-occurred on the same reads as Omicron single nucleotide variations (SNVs). With a breakpoint among the N-terminal and the receptor-binding domains of the S-S1 subunit, the translated S protein behaved as a hybrid, comprising distinctive amino acids from both Omicron and Delta parents.

According to the authors, this was the first time a recombinant SARS-CoV-2 genome comprised a hybrid S protein resulting from a Delta (AY.119.2) and Omicron (BA.1.1) recombination event has been discovered in the US. They identified nine genomes that were the product of recombination within the SARS-CoV-2 S gene, with alterations common to Omicron and Delta lineages at the 3' and 5' ends, respectively. Nonetheless, a challenge exists in successfully discovering and validating further recombinant SARS-CoV-2s due to the wide variety of sequence quality accessible in the public domain.

Despite being discovered over six weeks, the number of infections caused by the hybrid S recombinant viruses was modest. Furthermore, most cases were discovered in the mid-Atlantic area of the US. Given the possible public health implications of novel recombination variants, studies incorporating bioinformatics and laboratory elements, such as the one shown in the current report, are essential for accurately identifying and tracking these viruses.