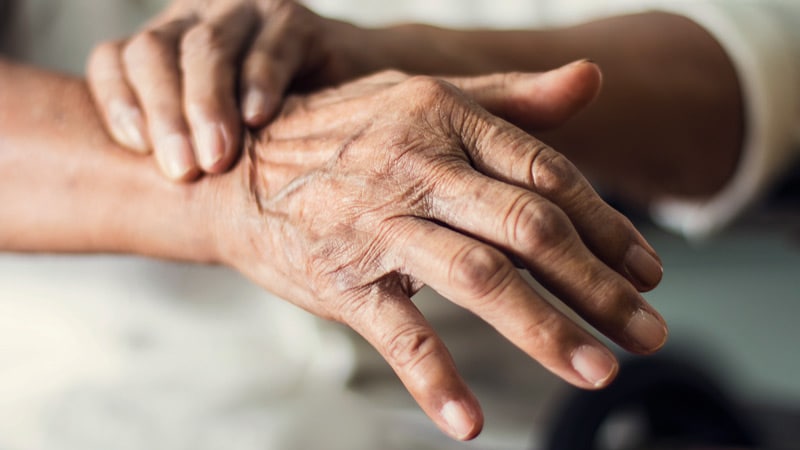 Pimavanserin may convey a mortality advantage over other treatments for older adults with Parkinson’s disease (PD) psychosis, new research suggests.

In a real-world analysis of more than 21,000 patients with PD psychosis, treatment with pimavanserin was associated with significantly lower mortality compared with off-label use of atypical antipsychotics. However, this was only found during the first 6 months of treatment ― and only among adults not living in nursing homes.

“The findings are not reassuring regarding off-label use of atypical antipsychotics” in PD psychosis, lead author Andrew Mosholder, MD, epidemiologist, Center for Drug Evaluation and Research, US Food and Drug Administration (FDA), told Medscape Medical News.

“However, we could not assess the safety of pimavanserin vs no pharmacotherapy, so it is possible that both drugs impose an increased risk of mortality vs no treatment, but of different magnitudes,” Mosholder added.

The findings were published online June 15 in the American Journal of Psychiatry.

Pimavanserin (Nuplazid, Acadia Pharmaceuticals) is a selective serotonin inverse agonist and antagonist preferentially targeting 5-HT2A receptors, which are believed to play an important role in psychosis, schizophrenia, depression, and other neuropsychiatric disorders.

As previously reported by Medscape Medical News, the drug was approved by the FDA in 2016 for the treatment of hallucinations and delusions associated with PD psychosis, despite some concerns about an increased risk for severe adverse events, including death.

To investigate further, the investigators conducted a retrospective new-user cohort study of Medicare beneficiaries with PD who initiated treatment with pimavanserin (n = 3227) or an atypical antipsychotic (n = 18,442) from April 2016 to March 2019.

The median exposed follow-up time was 78 days for pimavanserin and 74 days for atypical antipsychotics. Comorbidities were well balanced between groups after inverse probability of treatment weighting.

This translated to the avoidance of one death for every 30 patients treated with pimavanserin vs atypical antipsychotics, the investigators report.

“Further research may be needed to clarify the reasons for that, as high attrition beyond 180 days was a limitation of our study,” the researchers write.

The relative protective effect of pimavanserin was observed in 85% of the study population who were community-dwelling patients with PD but not among the 15% of patients residing in nursing homes.

The researchers note that the reasons for the discrepancy in results between nursing home and community patients are unclear.

“One possibility is that high baseline mortality among nursing home residents overwhelms the contributions of Parkinson’s disease psychosis treatments to mortality,” they write.

“An advantage of our study is that we accounted for the fact that psychosis in Parkinson’s disease is itself associated with higher mortality by comparing users of pimavanserin to users of atypical antipsychotics, rather than comparing pimavanserin users to patients not using any medication for psychosis,” Mosholder said.

“However, our study is subject to the usual limitations of nonrandomized data,” he added.

The study had no commercial funding. The investigators report no relevant financial relationships.