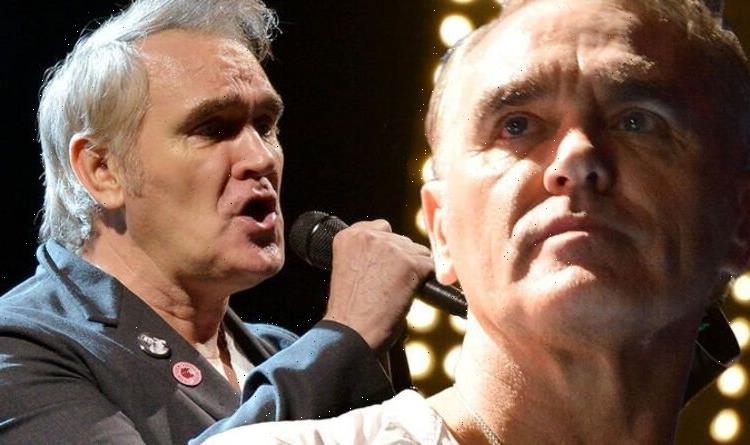 Morrissey: Rock legend performs 'Back On The Chain Gang'

Although quite a private individual, a few years ago Morrissey, 62, discussed his cancer diagnosis and his ongoing battle with depression. The announcement of his cancer battle came after the star cancelled part of his US tour after being treated for a respiratory infection a few months prior. But opening up about his health troubles, the severity was far worse than expected. His other recent ailments have included pneumonia, an ulcer, the throat condition Barrett’s oesophagus and anaemia.

After being hospitalised a number of times, Morrissey added: “If I die, then I die. And if I don’t, then I don’t.

“You don’t really hear that word, that c-word. It seems to drift over you – you just say: ‘Yes, oh yes.’ Later when you’re on the stairs by yourself, it triggers in your mind. At the time, you don’t hear it.

“I have had four cancer-scrapings, but so what.”

In an exchange with Spanish newspaper El Mundo, at the start of one of his tours, Morrissey gave a blunt statement about his appearance.

He said: “I know I look quite bad on recent photographs, but I am afraid this is what illness does to the overall countenance.

“I will save relaxation for when I’m dead.”

Cancer Research UK explains that the condition is caused by cells in the lining of the food pipe (oesophagus) changing. In some cases these cells can develop into oesophageal cancer.

The cells that line the oesophagus – known as squamous cells – are normally flat, but when Barrett’s develops cells become column shaped and start to grow abnormally.

Spotting early signs of oesophageal cancer can be difficult, but the NHS suggests that individuals may notice changes in their digestion such as the following:

Other possible symptoms of cancer can include changes to the voice, loss of appetite, fatigue and having no energy or pain in the throat or middle of your chest when swallowing.

Although having received important cancer treatment, Morrissey went on to explain about some of the negatives he has experienced as a result.

He said: “I think [cancer treatment] has slowed me down considerably because doctors and hospitals and medications are actually very ageing in their way, and they can often exhaust you more than whatever medical problem you have. If I’m asked to give any more blood I think I’ll crack up.”

Despite Morrissey’s admittance, oesophageal cancer is often treatable with a combination of surgery, chemotherapy and radiotherapy often being used.

Chemotherapy and radiotherapy are then used to kill cancer cells and improve the symptoms of more advanced cancer.

As a potential cause of oesophageal cancer, there are some lifestyle choices that will reduce your risk of developing Barrett’s oesophagus.

These include the following: