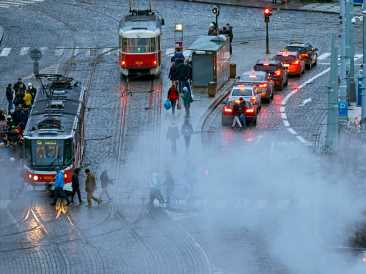 A study links smoggy urban days to an increase in food deliveries and plastic waste. 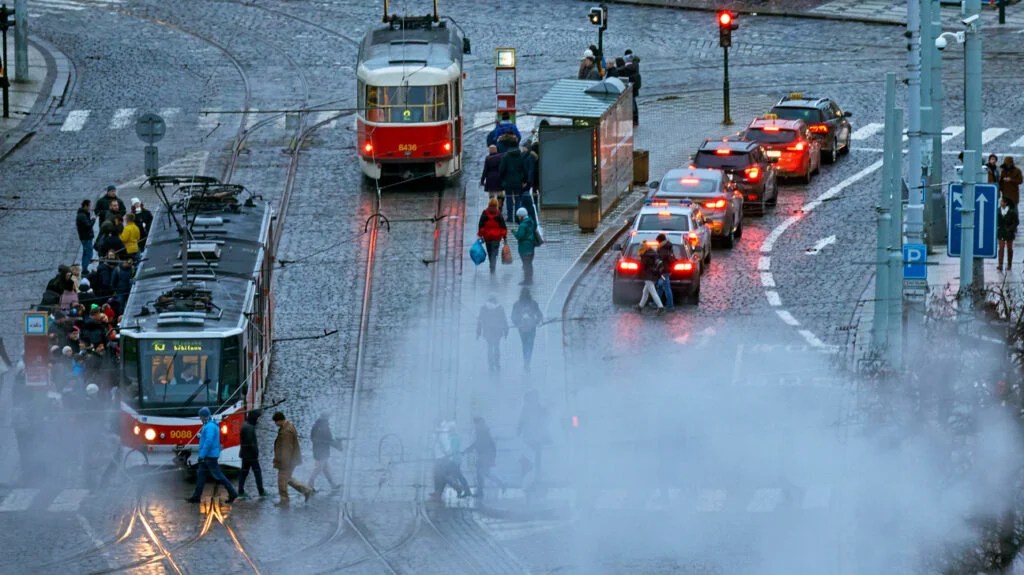 A new study from the National University of Singapore asserts that urban air pollution leads to more plastic waste.

On smoggy days, urban workers wishing to remain indoors often have lunch delivered to their offices, and the packaging in which the food arrives adds to the plastic waste stream.

The study focused on three Chinese cities that experience high levels of air pollution: Beijing, Shenyang, and Shijiazhuang. Food delivery services are popular in China, with 350 million registered users. More than half of the 65 million food containers discarded each day in China are thrown away by office workers.

According to Salvo, “Air quality in the urban developing world is routinely poor, and in the past decade, the food delivery industry has been growing sharply.”

The study rated pollution levels according to PM2.5 measurements. PM2.5 is the abbreviation for “fine particles less than 2.5 micrometers in diameter.”

In the United States, the maximum acceptable 24-hour ambient air quality is 35 micrograms per cubic meter (μg/m3). The air pollution levels recorded in the studied cities considerably exceeded that threshold, and the pollution was visible to the naked eye.

When the researchers matched this data to air-pollution records, they found a strong connection between higher air pollution levels and increased food orders.

The data indicated that a 100 μg/m3 increase in air pollution resulted in a 7.2% increase in orders from all market segments.

Office workers were six times more likely than other people to order food delivery when pollution increased by 100 μg/m3.

Chu notes that people at home have the option of preparing their lunch without going out, but, “Faced with smog or haze outside, a typical office worker at lunchtime can avoid exposure only by ordering food to be delivered to [their] doorstep.”

The researchers asked the office workers they surveyed to submit photos of the food they purchased at restaurants and for delivery. This allowed the researchers to assess the plastic packaging associated with their lunchtime choices. The participants submitted over 3,000 photos.

The researchers estimated that the average restaurant meal used about 6.6 grams (g) of plastic while takeout food used about 54 g.

Putting the pieces together, the researchers calculated that each time pollution increased by 100 μg/m3, plastic use also went up by about 10 g, which is equivalent to about a third of a plastic food container.

Based on the food orders they analyzed, the researchers concluded that if China experienced a 100 μg/m3 increase in air pollution on a single day, it would equate to 2.5 million more orders for takeout food, resulting in the use of 2.5 million plastic containers.

While the Chinese cities included in the research are known for their air pollution issues, they are not alone.

“Our findings probably apply to other typically polluted developing-nation cities, such as Bangladesh, India, Indonesia, and Vietnam. Waste management practices vary widely, with the wind blowing plastic debris away from uncovered landfills or plastic being discarded into rivers and from there into the ocean,” says study co-author Dr. Haoming Liu.

“So, with 8 million tonnes of plastic estimated to enter the seas each year, our study speaks to a wider issue. Individuals protect themselves from — and show their distaste for — air pollution by ordering food delivery, which often comes in plastic packaging. It is evident from our study that air pollution control can reduce plastic waste,” he adds.