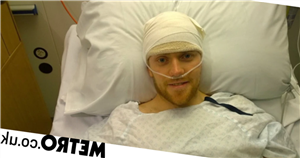 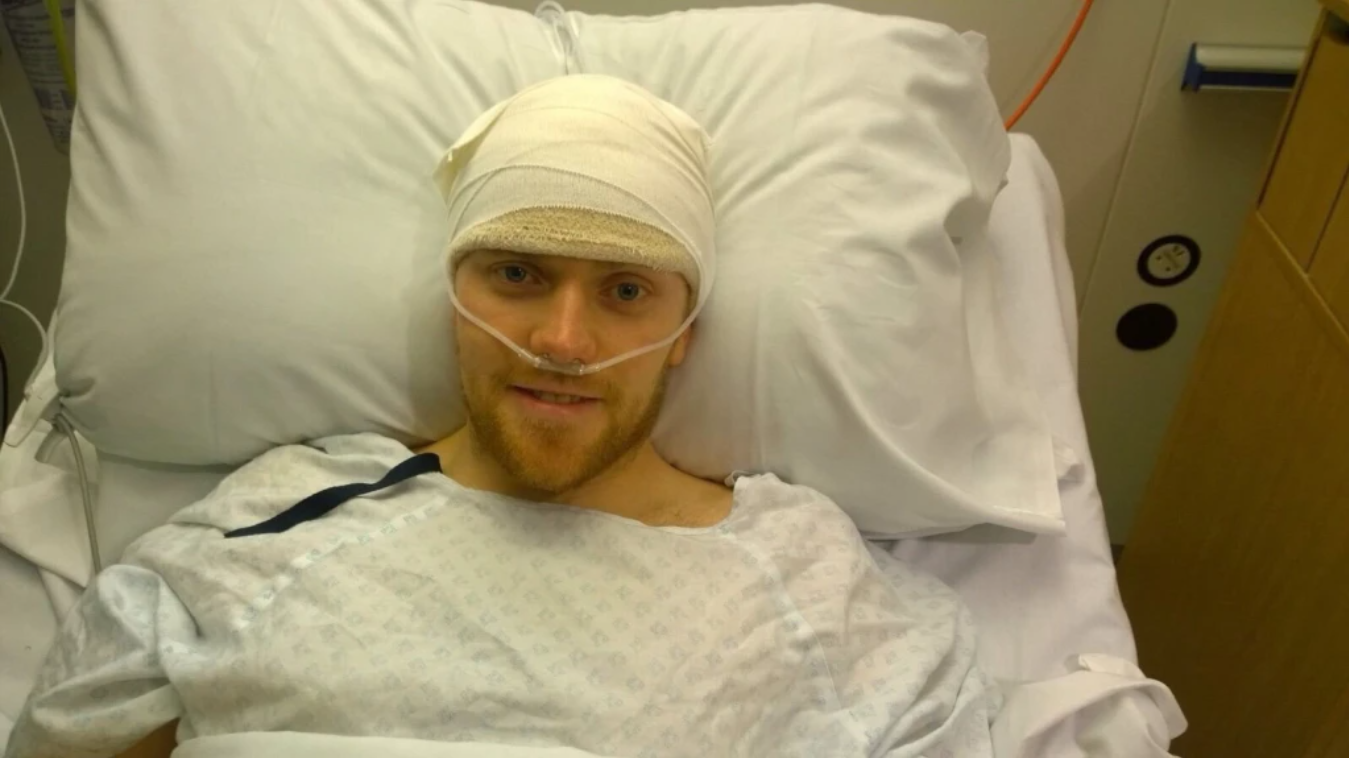 Matthew Stride was just 26 when he was given the ‘crushing’ news that he has an incurable malignant brain tumour.

He was given five years to live in 2015, but has outlived his prognosis by two years.

Now, he’s 33 and plans to run the London Marathon for charity.

Matthew, from Sutton Coldfield, in Birmingham, said: ‘To get a prognosis of five to six years was crushing.

‘You have these plans for your future, and you’re thinking about what you want in life, and you never really think you’re going to be given five or six years to live.’

Since Matthew’s diagnosis, he found love with his now wife, Amy, and hopes to have children one day.

He also hopes to run the TCS London Marathon in April to raise money for Brain Tumour Research.

‘I just couldn’t move, and everyone was asking me, “what are you doing?”‘ Matthew said.

‘I wasn’t chasing the ball; I just stood there and was completely frozen.

‘I was aware of what was going on around me, but I just couldn’t react to anything.’

This is what pushed Matthew to go see his GP in January 2015, and he went through various tests and scans over the following months.

However, his symptoms were put down to anxiety and epilepsy at first.

But when a family friend, who is a doctor, suggested that Matthew get an MRI in November of that year, they finally started moving towards a correct diagnosis.

Devastatingly, doctors eventually learned that the lesion in his brain is an incurable brain tumour around the size of a tennis ball.

‘My whole world was turned upside down,’ Matthew said.

‘I was assigned to an oncologist at the Queen Elizabeth Hospital, and he had to talk me through the next steps and, obviously, the dreaded prognosis.

‘Being given five to six years to live was the hardest thing to hear. My mum and dad were both in the room at the same time and my dad broke down.

‘It was one of the first times I’d seen him cry, which is obviously never easy to see anyway, but when it involves you, it’s even worse.

Matthew underwent a seven-hour craniotomy procedure to remove as much of the tumour as possible in January 2016, and was even awake for part of the operation.

He has been left with a scar roughly four inches by three inches, and still needed to undergo months of more challenging treatment.

He also struggled with the loss of independence as he was also unable to drive, due to his diagnosis.

This meant he relied on public transport to get to and from the hospital for treatment five days a week, for six weeks.

Being told his treatment may cause infertility was another huge blow.

‘The lowest point was probably the day I got the prognosis,’ Matthew said.

‘But there was a week or two where I was quite down; you’re always thinking about the future and it’s not something you can just easily forget or erase from your memory.

‘It was very, very difficult.’

Even in the fact of all this adversity, Matthew said maintaining a positive mindset was ‘half the battle’.

‘I think the key was just to get on with it, I suppose; to keep on carrying on,’ Matthew said.

‘The treatment was always in the back of my mind, but once that was done, I just wanted to focus on living and getting on with life.’

He’s also since been informed by doctors that his treatment did not cause infertility, so the couple’s dreams of parenthood could still come true.

Matthew was having scans every three months, but in March 2022 it was decided he could have the scans every six months because everything has been stable.

His last appointment in September revealed that the tumour is not currently visible.

Now, he’s training for his second marathon in April, to raise money for Brain Tumour Research.

He’s working with a running coach from Brain Tumour Research and is going to complete the Warwick Half Marathon in February.

‘I was getting these letters from Brain Tumour Research and thought I’m not doing anything to help, so I wanted to get involved and say thank you.’