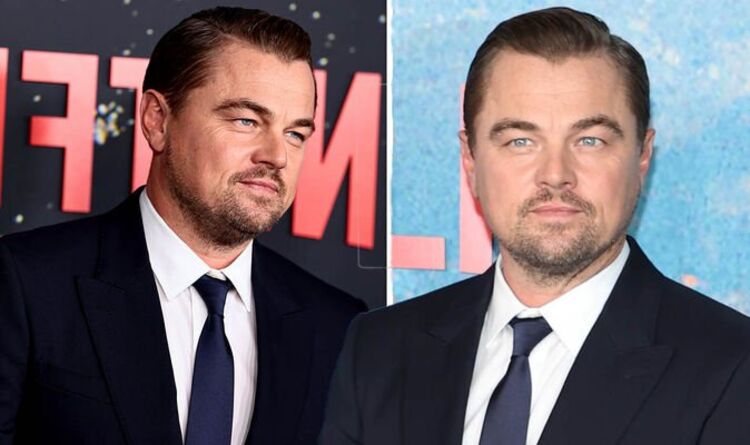 One of his many critically acclaimed films is Once Upon A Time in Hollywood, in which DiCaprio won Best Leading Actor at the BAFTA Awards. The 2019 comedy-drama also features Brad Pitt and Margot Robbie with director Quentin Tarantino at the helm. The film is being shown tonight (Saturday, March 12) on Channel 4. In a throwback interview, DiCaprio revealed some of the struggles he faces as an actor, which mainly involve his OCD. When talking to The Mirror, DiCaprio said that some of his obsessions included stepping on every chewing gum stain when walking along, something which caused major delays on set.

“Sometimes it took me 10 minutes to get to the set because I’d be pacing back and forth, stepping on gum stains.”

The star also revealed that he fights the urge to walk through a doorway several times, adamant that he doesn’t want the condition to take over his life.

Although quite a common condition, OCD can significantly interfere with people’s lives, with obsessive thoughts and compulsive behaviours becoming hard to ignore.

The NHS explains that an obsession is an unwanted and unpleasant thought, image or urge that repeatedly enters your mind, causing feelings of anxiety, disgust or unease.

Whereas a compulsion is a repetitive behaviour or mental act that you feel you need to do to temporarily relieve the unpleasant feelings brought on by the obsessive thought.

It still remains unclear what causes the condition, but medical professionals suspect that a number of different factors play a part. This includes:

Speaking more about his condition, DiCaprio went on to say: “I’m able to say at some point, ‘OK, you’re being ridiculous, stop stepping on every gum stain you see.

However, for some parts, such as his role in The Aviator, in which he depicted Howard Hughes, the successful film producer who also suffered from OCD, his personal experience with the condition actually helped.

“I let it all go and never listened to the other voice,” DiCaprio added, explaining how he got into character.

“I remember my make-up artist and assistant walking me to the set and going, ‘Oh God, we’re going to need 10 minutes to get him there because he has to walk back and step on that thing, touch the door and walk in and out again.'”

For people with OCD, symptoms may come and go with individuals avoiding situations that trigger their obsessions.

Women can sometimes develop OCD during pregnancy or after their baby is born. Obsessions may include worrying about harming the baby or not sterilising feeding bottles properly and compulsions could be things such as repeatedly checking the baby is breathing.

Luckily, there is lots of help and support available for people with OCD.The two main ways in which individuals can get help include seeing your GP or referring yourself directly to a psychological therapy service.

From there, individuals will be guided to where they can receive proper treatment, as without it OCD can worsen.

There are some effective treatments for OCD that can help reduce the impact it has on your life. The main treatments are:

The therapy usually recommended for OCD is cognitive behavioural therapy (CBT) which helps individuals face their fears and obsessive thoughts without triggering their obsessions or compulsions. Therapy can work quite quickly and effectively on OCD.

Medication usually prescribed is a type of antidepressant known as selective serotonin reuptake inhibitors (SSRIs), which help by altering chemicals in the brain. It can take several weeks or months before individuals feel the benefit of SSRIs.