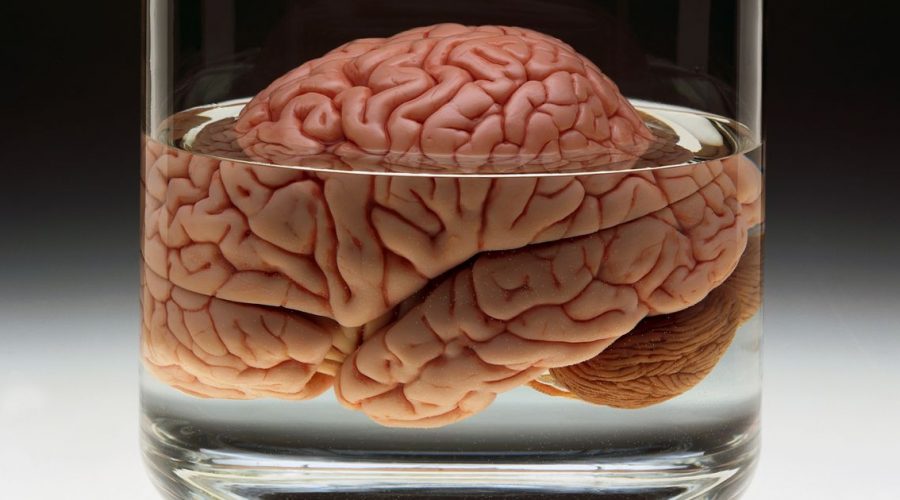 The concept of brain preservation after death has been with us for thousands of years, since the time of the Ancient Egyptians. They would scoop the brains of their dead pharaohs out through their nostrils for it to be placed next to their mummified bodies.

Nowadays we think of living forever differently. It’s not the body that’s important, but the brain. The body can be replaced, but the brain, which contains all our thoughts and memories, cannot.

That’s why some people have resorted to paying deposits of up to $10,000 (£8,150) to a Silicon Valley start-up company Nectome to participate in a "100% fatal" procedure which involves preserving the brain outside of the body after death.

It didn’t take long for Nectome’s research to stir controversy, with theMIT Technology Reviewclaiming that the service being marketed by the company might be enticing people to ‘commit suicide to preserve their brain’.

But Nectome’s founder Robert McIntyre insists that the procedure is legal, as his company has consulted with lawyers familiar with California’s two-year-old End of Life Option Act, which allows physicians to assist terminal patients in ending their own lives.

He says that his company’s research is simply focused on “preserving long-term memory”, and while the field of memory preservation doesn’t currently exist, Nectome is trying to create it, he toldStat News.

But ethics and legalities aside, how far has science actually come in brain preservation after death? Scientists atYale Universityin 2018 successfully kept the brains of pigs alive for up to 36 hours after they had been decapitated.

Using a system of pumps, heaters, and bags of artificial blood warmed to body temperature, the scientists managed to restore circulation to the pigs’ brains, with billions of individual cells in the brains being found to be “healthy and capable of normal activity”.

Although there would be no way of telling if a brain would regain consciousness without putting it into a body and attaching it to a spinal cord, the brains, from at least a physical sense, were alive.

So, from a scientific point of view, it is indeed possible to keep a brain alive outside of its body for a considerable amount of time, but currently the technology does not exist to prove that consciousness and all the information stored in the mind can also be preserved.

Keeping preserved brains on standby until that technology develops might be an option, but even if we found a way to reattach old brains to a new body, or transfer the information stored in it to a computer, laws would also need to evolve to make this possible.

Yet even if we could legally bring someone back in the future through this method, Canadian neurobiologist Dr. Michael Hendricks, a researcher at McGill University, has questioned whether we should.

Related posts:
25/06/2022 Health News Comments Off on Keeping the brain alive outside of the body after death is possible, experts say
Categories
Recent Posts