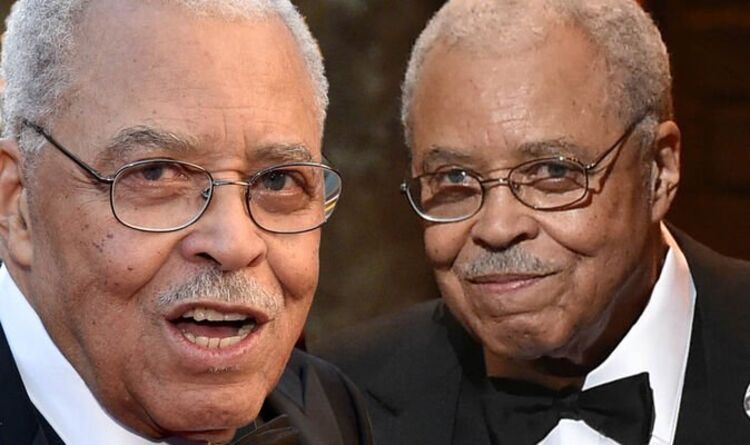 Type 2 diabetes can be a 'devastating diagnosis' says expert

Back in 2018, Jones spoke about his health condition for the first time in 20 years, having lived with it since the 1990s. The Academy Award winning actor explained that it was by accident that he first found out that he was diabectic, as he didn’t notice any symptoms. Due to the unexpected nature of his diagnosis, Jones said that it “hit [him] like a thunderbolt” but the “shock” of the condition made him focus more on the state of his health, especially as he grows older.

Appearing on the USA’s Rachael Ray Show when he was supporting a campaign to help people take control of their diabetes, Jones revealed more about his diagnosis journey and how he has managed the condition for over 20 years.

The Lion King voiceover actor said: “I was lucky that it was discovered as it was quite by accident. I was in a centre for weight control and diet, trying to lose some weight and I fell asleep on the bench in the middle of the gymnasium one day.

“The Doctor who was there said ‘that’s not normal’, and he encouraged me to go and get checked out. Then I got a test and there it was, type 2 diabetes. It hit me like a thunderbolt”

The NHS explains that type 2 diabetes causes the level of sugar (glucose) in the blood to become too high. Once diagnosed with the condition, an individual has it for the rest of their lives and may need to make lifestyle changes or have regular check-ups to monitor their health.

Speaking about how the condition has made him pay closer attention to his body and health, Jones added: “I had to retrain myself to be aware of when my body is telling me something.

Although Jones’ diagnosis came as a surprise, the star revealed that his mother was also a type 2 diabetic so he should have been “alerted” to the possibility that he would also end up with the condition. But now he does have it, his wife and son provide him with continuous support.

“Older people are at risk, my mother had it. So I should’ve been alerted, but no. One thing I thought was, ‘It’s never gonna happen to me.’ So when it was discovered, it was by accident. And I feel lucky,” Jones continued.

“My wife, my manager, and my assistant — who’s also my son — are always there to support me and make sure I’m eating the healthiest I can. I don’t leave home without my son.”

Aged 86 at the time of supporting the campaign, Jones went on to speak about what effect the condition has had on his acting career: “I can live to the extent that I can do all the work I used to do 10 years ago.

“I love working, and at my age I still love being able to put in eight shows a week on a play or handle a long schedule if I’m doing film or television. I didn’t want that to stop, so I had to take responsibility for my condition. It’s more important that I address diabetes, because I will always be a diabetic.”

Although Jones did not experience any noticeable symptoms to indicate that he had type 2 diabetes, the NHS warns that the following symptoms could be the first signs of the condition:

Diabetes UK explains that around 90 percent of people with diabetes in the UK have type 2, making it a serious condition.

Having high sugar levels for a prolonged amount of time can cause serious damage to parts of your body including the eyes, heart and feet. However, with the right treatment and management methods, complications of diabetes can be seriously reduced.

Former president of Medicine & Science of the American Diabetes Association, Dr. John Anderson, M.D., explained to the Huffington Post about the true nature of controlling the condition. He said: “Like any chronic disease, there are a lot of myths out there.

“One of the myths is that you can cure your diabetes if you just eat right and exercise enough. I wish that were true. You can’t cure diabetes, but you can certainly put your diabetes into good control with both your lifestyle habits and a combination of medications from your provider and your physician.”

The NHS states that a healthy diet and keeping active are two key ways to help manage blood sugar levels and generally make you feel better. Although, as Jones confesses, this can be more of a struggle than it seems.

“It can be so frustrating. I went through several [blood] tests last night and this morning myself, and it’s just amazing what you learn,” he says. “There are certain things I’m allowed, and certain things I’m not allowed. Sometimes my family will catch me sneaking a cookie. They’re on to me.”

Although there is nothing you cannot eat if you have type 2 diabetes, it is advised by the NHS to limit certain foods. The health body explains that you should try to:

Individuals with type 2 diabetes should also aim to do two and a half hours of activity in a week. This can be doing any activity that gets you out of breath. This could include walking fast, climbing stairs or doing strenuous housework or gardening.

Although often overlooked as an important part of type 2 diabetes, looking after your mental health is critical when living with the condition. Dr Anderson added: “When you have a chronic disease, especially one like diabetes, the co-morbid condition like behaviour disturbance and depression is what we call ‘diabetes stress.’ It plays a big role, so it’s important for the patient — as well as whoever is taking care of that person — to explore that.”

This is something that Jones has also had to learn to tune into: “I do notice when I’m fatigued — it’s like I’m in a daze. But I’ve had to learn to distinguish when that becomes depression, and I’m not very good at that yet. But at least I’m alert to it,” he added.