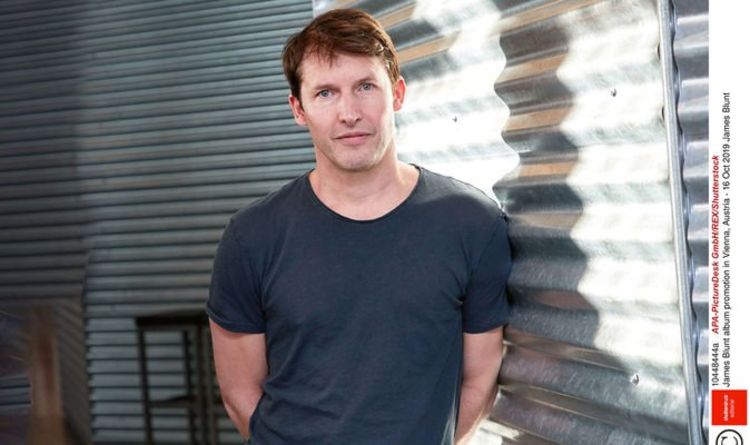 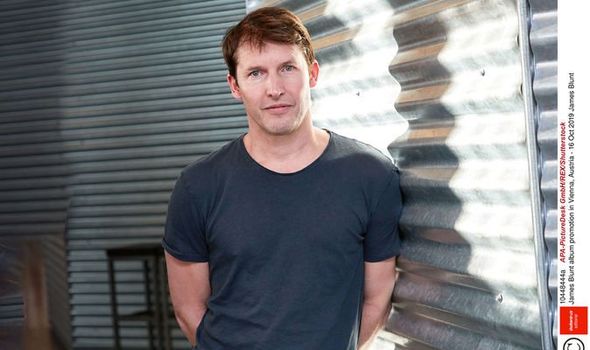 But the 45-year-old songwriter says he would give up fame and fortune tomorrow if it would help his father Charles Blount, who has chronic stage-four kidney disease and needs an organ transplant.

Heartbreakingly, as James reveals in a quiet voice, neither he nor his sister are suitable donors for their sick parent: “I wanted to give my father one of my kidneys but I wasn’t a match.

“He needs it as soon as possible and he’s on a waiting list. I’ve been saying in interviews he has been waiting for a kidney and, remarkably, two people have now come forward.

“It’s incredible of them to do so, and we’re hoping they might be a match. Things are proceeding in the right direction and I don’t know the answer yet but we’re keeping positive – touch wood!

“It would be the best Christmas present if we were to find the right donor but, for now, it’s in the hands of the professionals. My father is being looked after incredibly well by the doctors on the NHS.

“They’ve been amazing. In fact their attention has been mind-blowing. It’s hard to come to terms with but I have a new family and so I see the circle of life playing out in front of me.

“If anything, it has brought me even closer to my family because you realise that you don’t have much time, or as much time as you would like, with a parent.” 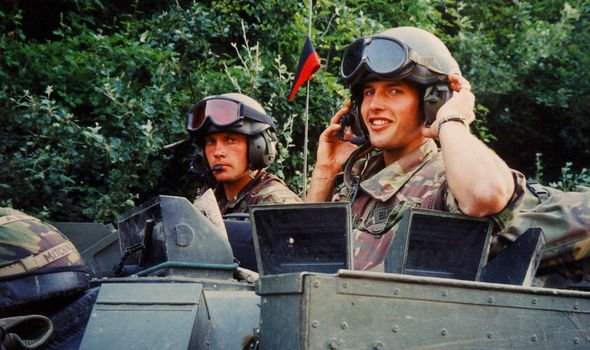 Being ex-Army and ex-Harrow public school, James is conditioned to have a stiff upper lip.

Unable to tell his father, a former cavalry officer in the 13th/18th Royal Hussars and helicopter pilot and colonel with the Army Air Corps, how he really felt, he put his feelings into a song.

“I stumble with normal words and I struggle to have certain conversations with my father,” he admits.

“So I wrote this song called Monsters and it says, ‘I’m not your son. You’re not my father. We’re just two grown men saying goodbye, no need to forgive, no need to forget and I know your mistakes and you know mine’. 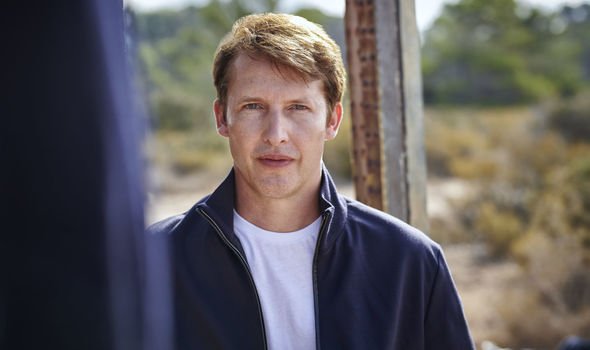 “It was hard when I first had to play the song to him and I stuck headphones on him, pressed play and walked out of the room. I was nervous about his reaction and I hoped he would take it in the right way and, afterwards, he put his hand on my knee. It was quite a moving moment between us.”

Aside from that shared connection, many great things have come of the song, including the chance to perform it in front of the Queen at the Festival of Remembrance concert at the Royal Albert Hall earlier this month. His father was in the audience.

“It was the most amazing moment of my life and I had a really special moment with him,” says James. All told, it has been an amazing journey for the star. After graduating from Bristol University, he spent six years in the Army and served in Kosovo, rising through the ranks to become a captain. But he left to become a musician and changed his name from Blount to Blunt (a better stage name). 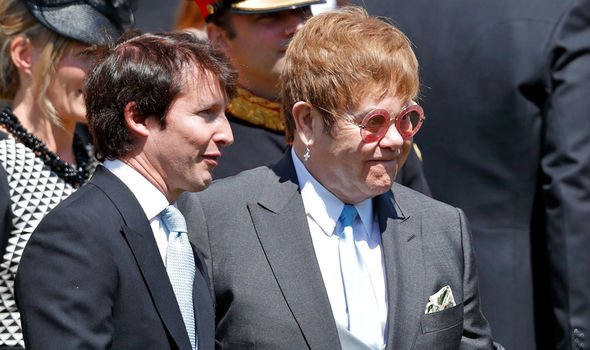 His 2004 debut album Back To Bedlam spawned the No1 hit You’re Beautiful in 2005, and has sold millions of copies around the world, making him a household name in the process.

But, James claims, it is mainly thanks to Sir Elton John – at whose 2014 wedding to David Furnish he performed – and the late Star Wars actress Carrie Fisher that he is where he is today.

“Elton is one of the greatest supporters of mine and without the opportunities he has given me, I don’t think you and I would be speaking right now,” he reveals.

“He owns the management firm who took me on and I am with the same manager now as I was then and he used to be Elton’s day-to-day manager.

“When we met, the first gig I ever played was to 50 people, the second gig I played was to 50,000 people and then Elton took me on tour throughout the UK and South America. He has been a great mentor and support so I’m super lucky to know him.” 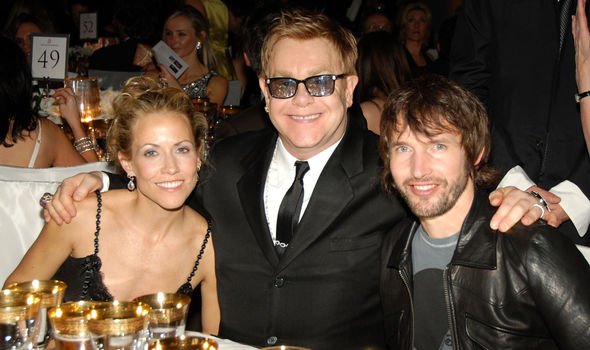 James’ latest album, Once Upon A Mind, is dedicated to the late, great Carrie Fisher, who died in December 2016, aged 60. The pair met shortly after he had landed a record deal when he was introduced to her in a London restaurant.

“She asked what I did and I told her I was in the Army but that I had a record deal and I was going to LA and she said, ‘You’re going to need a place to live, so come and live with me’.

“She would have liked Once Upon A Mind as a title and she helped name my first album Back To Bedlam.”

Artwork used for the album, included a photograph of a Prozac pill with “25 milligrams of James Blunt” written on it, the pill had been taken from her house.

“I recorded five of my albums at her house and I have so many special memories of our times there.” 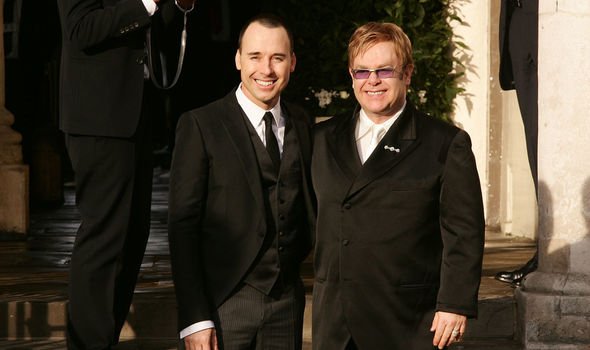 Earlier this year, James went back to the mansion while he was recording in LA. He says: “I was driving to the studio and I thought, ‘I should do a little pilgrimage’ and when I got to the house, I put my hand on the gate. I started crying and I said, ‘Carrie, I miss you so much’.”

James, who is famous for his self-deprecating wit on social media, continues: “These buses that take tourists around Hollywood to see where the celebrities live pulled up beside me and, as I was crying at the gate, I could hear the Tannoy saying, ‘And on your left you will see Carrie Fisher’s house and, as you can see, some fans are deeply moved by her passing’. And that was me! I was desperately hoping no-one would recognise me.” 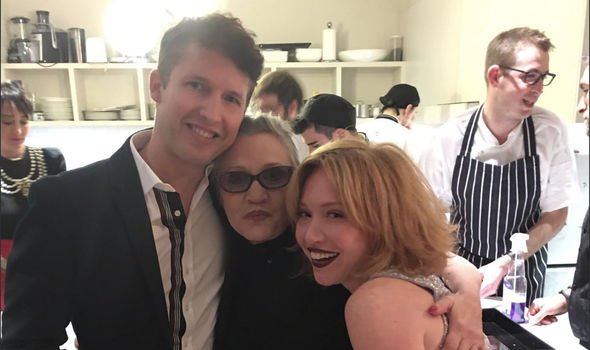 James’ ballad You’re Beautiful might have sold millions of copies around the world but also, he believes, made him one of the most “deeply unpopular” artists. Yet he remains sanguine about the song. “It pays the bills and I am really glad for it,” he shrugs. “I’m about to start my sixth world tour from February 2020 and if I didn’t have that song. I’d probably be doing a tour of north London.”

Famous for his witty online comebacks to insults, he admits he does get upset at some of the social media abuse.

“The social media world is harsh and people are pretty unpleasant to anyone in the public eye. But people are much nicer face-to-face, so I go on about once a month and answer something stupid back and then get back to the real world. 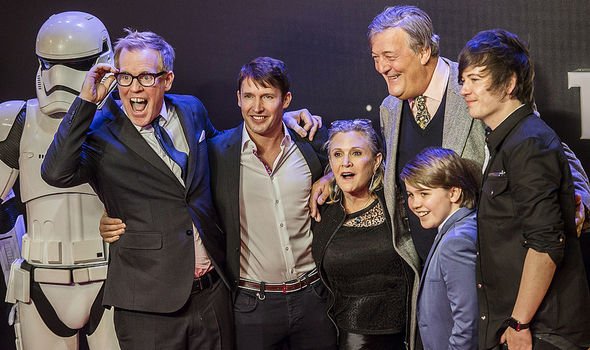 “I often think we should all throw our smartphones out of the window. We’d probably have a better life.”

Now living in Ibiza, with his own nightclub at the end of the garden, James sometimes gets mistaken for a taxi driver. “I have this tuk-tuk I got when I was in Bangkok and it says ‘Taxi’ on the side and sometimes people stop and then they say, ‘Oh My God, you’re the guy who sang that song’.

“And they put a sympathetic hand on my shoulder and ask, ‘Oh no, man what happened?’”

They say behind every great man is a great woman and James’ loyal wife Sofia Wellesley, 36, a lawyer, is always there. In his wild bachelor days, he dated beautiful models including Petra Nemcova but since marrying Sofia in 2014, James has been devoted to her. 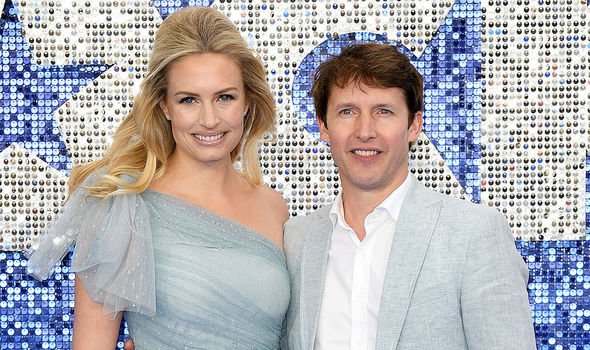 “I go away on tour for up to 18 months and I leave my wife to pick up the pieces but it gives me inspiration for songs about my family because I don’t have much time with them either,” he says.

“Cold is a song dedicated to my wife and it talks about the ocean between us. It is physical and metaphorical because, as I say, she has to pick up the pieces of me following this dream and this passion.

“And we have little children in our lives and it’s too long to be away, so the message to her is quite simple: ‘Without you. I am
just cold’.”

He adds: “It’s hard for her when I tour the world and leave behind the responsibilities that come with day-to-day life.

“But I never take family life for granted, especially after what has happened to my father. I really do embrace every moment.”