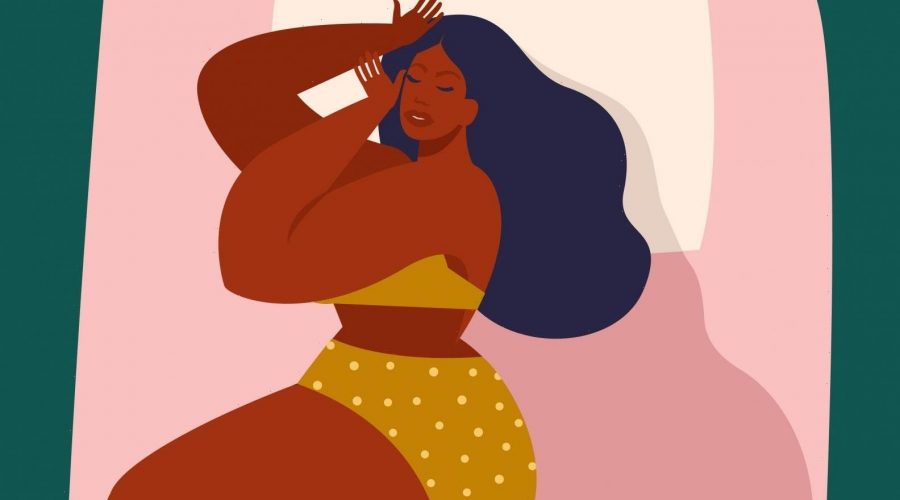 Kayleigh Dray is Stylist’s digital editor-at-large. Her specialist topics include comic books, films, TV and feminism. On a weekend, you can usually find her drinking copious amounts of tea and playing boardgames with her friends.

No-one’s getting a good night’s sleep in this weather, but that doesn’t need to mean having a bad day too.

It’s officially too hot to sleep, which means we’re all running on empty at the moment. Of course, there are a few tried-and-tested ways to cool your bedroom down in a heatwave, and scientists reckon that drinking this hot beverage before bed could be the key to nodding off, but sometimes there’s nothing you can do to prevent sleeplessness.

Thankfully, there are some things you can do to make the day after a bad night’s kip feel… well, feel less terrible. Apparently, anyway.

And so, with that thought burning in our sleep-addled minds, we reached out to Dr Daniel Atkinson, clinical lead at Treated.com, for his advice.

Here’s what he had to say.

Stick to just the one cup of coffee

When we’ve slept poorly, the first thing we normally do is reach for a strong coffee. The caffeine is stimulating so we feel more awake and ready for the day. But this short term fix cannot replace the sleep we’ve missed.

Sure, coffee is fine in moderation. But once you start relying on coffee to get you through the day, this becomes a problem, as withdrawal symptoms can lead to fatigue, headaches, and feeling irritable.

Stick to your morning coffee, if that’s part of your routine, but try to avoid guzzling multiple cups a day.

Craving sweet treats after a poor night’s sleep is normal. But, while those short term pick-me-ups make us think they’ll help us fight through the fatigue, the impending sugar crash leaves us right back to where we started.

Instead of reaching for sugary snacks, then, try replacing them with nuts, seeds, and sweet fruits, like watermelon. Carbs will have the same crash-and-burn effect, too, so try to choose a lighter lunch.

Winter fatigue: we’re all feeling the effects the colder weather and darker days.

During the current heatwave, it’s so important to stay hydrated. When you aren’t hydrated, you can feel sluggish as a result which is the last thing you need if you haven’t been sleeping well. Stick to water rather than any sugary drinks.

Dehydration also affects how well you’ll sleep, so if you’re having a hard time getting enough sleep at the moment, going to bed dehydrated can dry out your mouth and your nasal passages. This can lead to another night of restless sleep, creating a cycle. It’s important to drink water throughout the day, rather than just before you go to bed.

Aim for a 20-minute nap before lunch

If you’re really struggling to get through the day because of fatigue, a nap might help you. A nap that lasts between 20 and 30 minutes can lead to you feeling more alert, but you should aim for restful sleep in a quiet room and you might feel more of a benefit if you sleep in your bed.

If you do decide to have a nap, try and have one earlier in the day rather than later. The longer you wait to have a nap could then have an impact on your sleep that night. Set yourself an alarm for your nap so you don’t overdo it on sleep and end up feeling groggy.

Getting outside for some fresh air can help to improve your mood, so if you haven’t slept very well, you should go for a walk. The fresh air can make you feel more alert and it will set you up for your day.

After having a poor night’s sleep, going to bed a little bit earlier is a good idea.

Go to bed earlier, but don’t treat yourself to a lie-in

After having a poor night’s sleep, going to bed a little bit earlier is a good idea, rather than sleeping in the next day. Try to stick to your routine for waking up, as your body has gotten used to this. It can be hard to get out of these changes once you’ve started.

Aim to go to bed around an hour earlier than you normally would. That way you aren’t changing your pattern too much and you aren’t going to sleep too long either.

When you do go to bed, make sure you’re going to sleep in a dark room with as little distraction as possible. Put away your phone when you’re ready to go to bed as the blue light can impact your sleep. You might benefit from having a shower, reading a book or meditating before bed, allowing you to switch off and get ready for sleep.

Remember: stick to as normal a sleep routine as possible

As our days are longer and brighter in the summer, you might think that you need less sleep during these warmer months than you would during winter. We’re more enticed to make the most of nicer weather, longer evenings and going to bed gets pushed back later and later. But this doesn’t translate to needing less sleep: our needs for sleep don’t change with the seasons. So stick to a sleeping routine as normal to avoid feeling sluggish.

And, above all else, go easy on yourself

You won’t be at your best after a restless night’s sleep. So go easy on yourself the next day, and take breaks throughout to keep your focus and to improve your mood.

Related posts:
11/07/2022 Health News Comments Off on How to cope the day after a terrible night’s sleep
Categories
Recent Posts