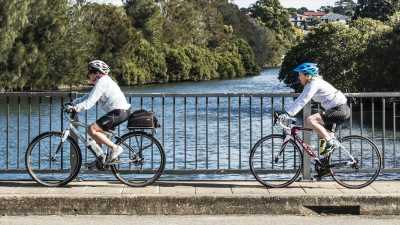 Experts already know this is the case among older adults. Multiple studies have suggested that exercise is not only protective of brain health and plays a role in preventing age-related decline and the onset of dementia, it can also increase the size of some parts of the brain, like the hippocampus. 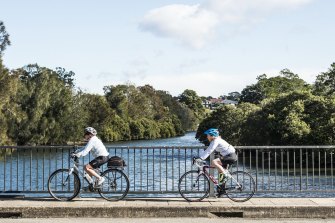 How much exercise is needed and what type we need is the “golden question”.Credit:Steven Siewert

The hippocampus has been a focus of this area of research because it plays a critical role in memory function, mental health and emotional processing.

Given more than 75 per cent of mental health problems occur before the age of 25, understanding how regular physical activity might affect the brains of younger people is important too, but much less is known about this age group.

“Young and middle-aged adults are over-represented in these illnesses where we see hippocampus dysfunction – schizophrenia and also depression,” explains Dr Joshua Hendrikse, from Monash University’s BrainPark and Turner Institute for Brain and Mental Health.

So, for a small new study, published in the journal Hippocampus, Hendrikse and his team set out to understand whether regular physical activity benefited the structure and function of the hippocampus. 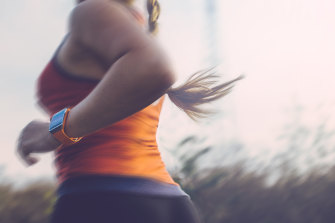 Exercise: It’s worth the sweat.Credit:Getty

They recruited 40 healthy men and women with an average age of 25.

The participants were then divided into two groups, one that engaged in a high level of exercise, meeting the WHO guidelines of about one-to-two hours of intense physical activity or two-to-five hours of moderate intensity activity each week. The second group was largely sedentary.

To establish their fitness, participants did a “VO2 max test”, which involves measuring someone’s maximum oxygen uptake to determine their aerobic endurance. They were then asked to do memory tasks and had their hippocampus assessed using magnetic resonance imaging (MRI).

Those engaging in high levels of exercise had better associative memory, a form of memory that is dependent on the hippocampus, and relates to our ability to link faces to particular times and places, or use different cues to navigate our environment.

“In terms of brain structure, we saw evidence that higher cardiorespiratory fitness was positively associated with hippocampal volume,” explains Hendrikse, who adds that such “demonstrable benefits” are among the first effects to appear at this life-stage.

Another finding was an association between higher engagement in fitness and improved neuronal health in the region, demonstrated by higher levels of N-acetyl-aspartate (NAA), a compound in the brain considered a marker of brain cell health.

Larger scale trials with randomised controls are needed to establish whether exercise is driving the changes or whether other aspects of health, lifestyle and diet might also be contributing, however there appears to be a protective effect of exercise on this particular part of the brain, says Dr Yorgi Mavros, from the Faculty of Health Sciences at the University of Sydney, who was not involved in the Monash University study.

“It’s not the only part of the brain to benefit, however, we (and others) have also demonstrated that resistance exercise can be protective to other parts of the brain also,” he says.

Dr Ashleigh Smith, from the University of South Australia’s Allied Health and Human Performance, agrees that although it was small, the research adds to the evidence pool that exercise may directly change the brain.

“Traditionally, exercise and physical activity were thought to have indirect effects on the brain through reducing the prevalence of chronic lifestyle conditions,” Smith explains. “However, more recently, evidence like presented in this paper have begun to show that exercise may influence brain health directly.”

Exercise induces neuroplasticity – our brain’s intrinsic ability to modify its structure and function according to changes in our environment – at a molecular and cellular level.

One hypothesis about this interaction is that physical activity was essential to humankind’s survival – we had to escape predators, navigate dangerous surroundings and hunt down dinner – so, evolutionarily, exercise may have been a driver of brain function and size, increasing its capacity in response to physical stress.

“It makes sense our bodies and minds would respond naturally to that stimulus,” Hendrikse says.

How much exercise is needed and what type we need is the “golden question”, Hendrikse adds.

This study looked at aerobic exercise, including running, swimming and cycling, but other research has found resistance exercise has striking benefits to brain function: “There might be slightly different mechanisms through which resistance training and cardio-based training might be impacting the brain.”

The key is likely to participate in a mix of both, aiming to break a sweat and get your heart rate up regularly as well as activity that increases strength. In a world that is today geared towards minimising the need for physical effort, it’s important to remember that our bodies and brains are hardwired to move every day.

Currently, less than half of middle-aged and older Australians meet the recommended physical activity guidelines.

Hendrikse hopes, beyond the general guidelines to move, exercise will become an adjunctive mental health therapy and prescribed to people of all ages as a strategy to maintain lifelong health.

”Regular engagement in exercise and physical activity across the lifespan represents an effective strategy to delay or prevent the onset of chronic lifestyle-related diseases and to promote healthy brain ageing,” adds Smith. “Exercise is incredibly important in the scheme of things related to brain health.“