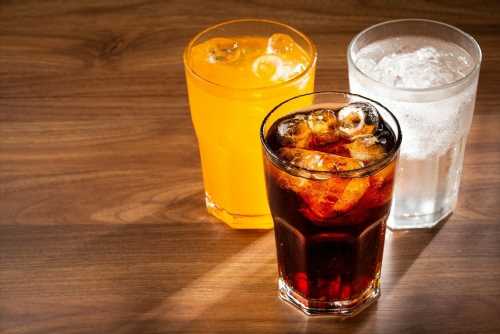 A recent study published in Preventive Medicine found that messaging campaigns discouraging the consumption of unhealthy beverages were more promising than those promoting healthy drinks among parents in the United States (US).

Overconsumption of sugary beverages leads to weight gain, type 2 diabetes, cardiovascular disease, and obesity. In contrast, drinking water ensures hydration, and replacing sugary drinks with water can lower body weight and improve fasting glucose and blood pressure. Despite the declining intake of sugar-sweetened beverages over the past decade, nearly 40% of adults consume them on any given day. Messaging campaigns are promising for improving beverage intake.

Mass media campaigns have reduced the purchase and intake of sugary drinks while increasing the consumption of low-fat milk and water. Messaging interventions adopt different approaches to promote healthier beverage consumption; for instance, campaigns may emphasize the risks of overconsumption or encourage using healthier beverages. Notwithstanding, it remains unclear which approach(es) would be more beneficial.

The messages were adapted from the “Pouring on the Pounds” campaign. The soda discouragement message included an image of soda turning into fat while being poured into a glass. The water encouragement message had a picture of water turning into a body silhouette as it was poured into a glass. Participants viewed their assigned messages and completed an online survey in English/Spanish before providing demographic details.

The team recruited 1,078 US parents with an average age of 35.3. Around 48% of participants identified as Latino, and most Latino respondents were from Mexico. Most participants were White (74%), 13% were Black/African, and 11% were of other races. Approximately half the sample had an annual household income below $50,000.

Similarly, subjects assigned to the water encouragement message had higher encouragement for water intake than those who did not receive this message. It also led to more positive feelings and stronger intentions to drink water.

Contrastingly, the encouragement message did not produce spillover effects on soda-related outcomes. That is, it discouraged participants from drinking soda but did not influence feelings about soda intake or intentions to avoid soda.

Notably, the research team observed that the effect of either message weakened when both were presented to participants. Discouragement from drinking soda was decreased when participants viewed both messages concurrently. The same trend was evident in participants’ feelings and intentions for soda consumption.

Moreover, there were favorable spillover effects on outcomes related to water consumption with the soda discouragement message. Therefore, the findings suggest that messages, especially those aimed at discouraging sugary drinks, could improve beverage consumption.

Related posts:
04/01/2023 Health News Comments Off on How do parents respond to messages that discourage soda, encourage water or both?
Categories
Recent Posts