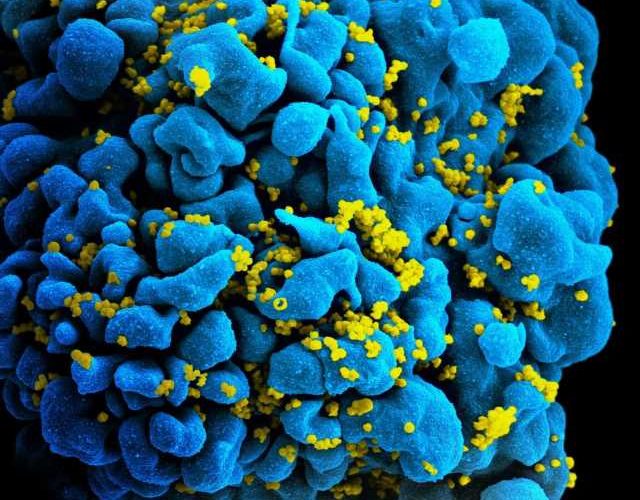 New HIV data, released today by the Kirby Institute at UNSW Sydney for World AIDS Day, are a reminder for Australia to sustain its efforts in HIV prevention amidst the COVID-19 pandemic.

There were 903 HIV diagnoses in Australia in 2019, representing a decline of 12 percent over the past five years.

“Among gay and bisexual men, the population with the highest burden of HIV in Australia, we see that diagnoses have declined even further—by over 20 percent in the past five years,” says the report’s author Dr. Skye McGregor from the Kirby Institute. “This indicates that our combination of prevention strategies to increase testing and treatment, and increased access to PrEP, are working.”

Testing ensures people are aware of their HIV status and can start appropriate treatment and care. Taking treatment results in viral suppression—or undetectable viral load—meaning it is impossible for someone to transmit HIV to their partners. PrEP is a medication that prevents HIV negative people from acquiring HIV.

While Australia recorded a small increase in diagnoses from 2018-2019, the single-year increase is not significant enough to represent a change in the overall downward trend in diagnoses.

“With lower numbers of HIV diagnoses in Australia now each year, we expect to see small fluctuations from year to year,” says Dr. McGregor. “This can be caused by increases in specific geographical areas, increases in testing, or sometimes, by an actual increase in infections.

“When we focus on people who have been diagnosed with HIV within a year or less of acquiring HIV—also known as newly acquired cases—we see that the number of diagnoses in this category has declined by 35 percent in the last five years. This decrease suggests that our recent efforts to prevent HIV transmission are working.”

According to the report, in 2019, 90 percent of the 29,045 people living with HIV in Australia had been tested and diagnosed with HIV. Of those diagnosed, 91 percent were on treatment, and of those on treatment, nearly all (97 percent) had an undetectable viral load.

“Australia can be very proud to have achieved this global target,” says Dr. McGregor. “Successful partnerships between government, healthcare, community and research sectors in Australia have meant more people are being tested for HIV, more people living with HIV are on treatment, and there has been a high uptake of prevention strategies like pre-exposure prophylaxis (PrEP).

“We now set our eyes on the 2030 targets to achieve 95-95-95 by 2030. Having already achieved one of these is great news for Australia, but there is progress to be made on other targets to ensure we remain a global leader in HIV prevention,” says Dr. McGregor.

This year’s report has shown that among Aboriginal and Torres Strait Islander peoples, the number of HIV diagnoses has fluctuated over the past five years, but diagnosis rates are still between 1.3-1.9 times higher than in Australian-born, non-Indigenous Australians, each year.

“The take home message is that Aboriginal and Torres Strait Islander peoples continue to be diagnosed more often with HIV when compared to non-Indigenous Australians. To reduce this unacceptable gap, there needs to be sustained investment in targeted, culturally appropriate, community focussed campaigns,” says Professor James Ward from the University of Queensland.

Prevention strategies driving down HIV in gay and bisexual men

Professor Andrew Grulich, who heads up the Kirby Institute’s HIV Epidemiology and Prevention Program says, “the combination of prevention strategies we have available offers the opportunity to eliminate HIV transmission in gay and bisexual men in this country. This includes maintaining good access to HIV testing and treatment services and increasing access to PrEP.”

PrEP became available nationally in 2018 through the Australian Government’s Pharmaceutical Benefits Scheme. Since 2018, the number of people on PrEP in Australia has quadrupled. “This means that approximately 31 percent of eligible gay and bisexual men are taking PrEP. While this is great news, it is still well below the national target of 75 percent. It’s important we maintain momentum on PrEP, especially in the context of the COVID-19 pandemic, to ensure all people in need can access it. It is particularly important that we design health promotion strategies and adapt health services to increase access for men born overseas,” says Professor Grulich.

Mixed outcomes for other populations

The report reveals no declines in HIV diagnoses in heterosexuals or people born overseas, with numbers remaining stable since 2015. Also, around half of these people are diagnosed late (four or more years since they likely acquired HIV), suggesting that more targeted testing campaigns are necessary among these groups.

Related posts:
30/11/2020 Health News Comments Off on HIV in Australia has declined by 12% in the past five years
Categories
Recent Posts