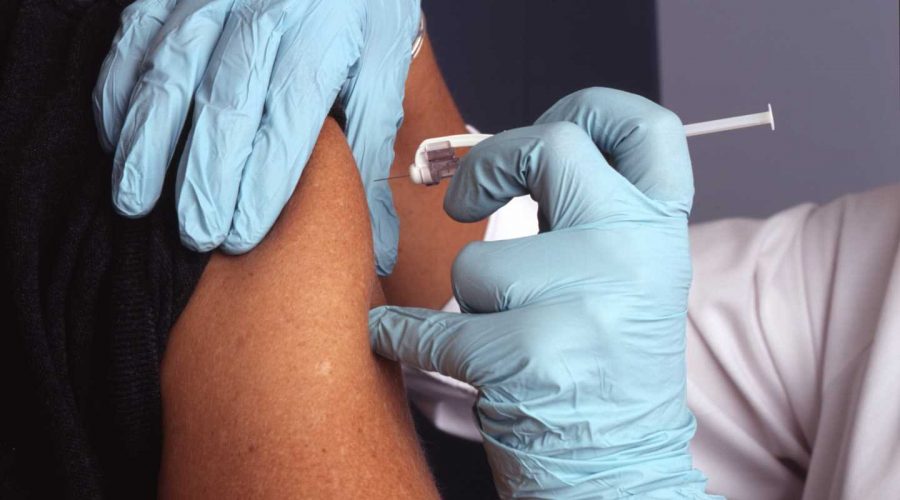 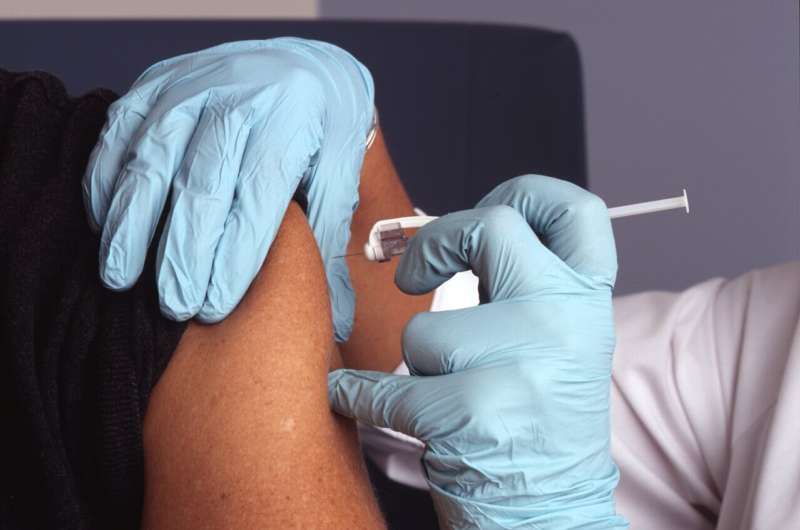 Laura Rago wasn’t smiling behind her mask as she pulled down the arm of her sweater and got her first shot of a COVID-19 vaccine on a rainy Wednesday afternoon in an otherwise-empty Keystone First Wellness Center. The Ridley woman said she had long been resisting the shot.

But then, earlier this month, she learned she’d need to be vaccinated to chaperone a field trip at her son’s school, so she drove to the Chester, Pennsylvania, clinic.

“I was definitely not for this,” said Rago, 33, moments after getting her first dose. “But it’s all the restrictions. I can’t even go on a field trip with my son.”

With the number of COVID-19 shots being given per day at an all-time low, public health experts, doctors, and officials are concerned about getting more Americans like Rago vaccinated before the next surge.

At local vaccine clinics, appointments have slowed to five or 10 a day, providers say. The vaccination campaign has stalled in the weeks since the omicron surge, plateauing at rates not seen since the start of the rollout. Though case and hospitalization numbers are currently low, vaccination remains key to preventing future illness and deaths.

Each person who does show up helps nudge the immunity level higher and represents a victory in the eyes of public health leaders. At clinics across the region, providers said the people who are getting vaccinated now are often motivated by employer, school, or business requirements, travel plans, or other incentives. In Philadelphia, the city’s $100 reward for vaccination—being offered through the end of the month—has also drawn many.

“The people who are coming now are doing it because they want to do something—keep their job, do a field trip, travel,” said nurse Carol Von Colln, who gave Rago her shot.

And even now, nearly a year after the vaccine became available to all adults, she and other providers said they still see people who wanted time to contemplate the decision.

“You still do have folks who are coming in and saying, ‘I just needed to give it time,’ ” said Jon Moran, who helps run city vaccine clinics as a Philadelphia Department of Public Health preparedness coordinator.

Nationally, 65% of people of all ages are vaccinated with a primary series—two doses of Moderna or Pfizer or one dose of Johnson & Johnson. In Pennsylvania, 67% are vaccinated, as are 75% in New Jersey. Children under 5 aren’t yet eligible for shots.

The recent slowdown has been exacerbated by the post-surge relaxation of restrictions and attitudes, which public health experts say has made some think it’s no longer important to get vaccinated.

Though the United States is in a lull, parts of Asia are experiencing surges, and a COVID wave partly driven by the BA.2 subvariant is rising in Europe.

This means vaccination—new shots, second doses, and boosters—is particularly urgent now, experts say. Immunization offers people the chance to get protected before the next surge arrives—potentially decreasing the number of hospitalizations and deaths and limiting spread.

A patchwork of state and local officials, public health groups, doctors, pharmacists, and volunteers have been on the front lines of this uphill battle since last spring, when the initial rush for shots subsided. Those left were people who didn’t have easy access to a provider or weren’t sure whether they needed a vaccine.

Public health organizers have tried a variety of tactics to reach this increasingly narrow group of unvaccinated people, many of whom have been influenced by misinformation. They’ve knocked on doors, held educational events, and offered vaccine clinics, often incorporating community groups, institutions, and leaders.

And they still draw people like Kevin Robertson, who passed by a city-run clinic at Waterview Recreation Center in East Germantown earlier this month. He had always meant to get his booster shot, so he decided to go in.

He sat down, rolled up his sleeve, and nurse Lola Kwarteng gave him the injection.

“I just happened to be right across the street,” said Robertson, 59, who lives in Delaware.

Many providers say their continued outreach is worth it, even if they just reach a couple people like Robertson every day.

At the same clinic was Rana Hightower, 52, dropping in for her second shot. Her job in a nursing home requires it, she said, but she would have been more comfortable not getting vaccinated.

With her was 60-year-old Richard Chestnut, getting his second shot—nearly a year after he received the first one. He contracted pneumonia in April, around the time he got the first dose, and then got “jittery” about getting his second one, he said. They live across the street, so they knew the clinic was there when they were ready.

Related posts:
23/03/2022 Health News Comments Off on Here’s why some people are getting COVID shots now
Categories
Recent Posts