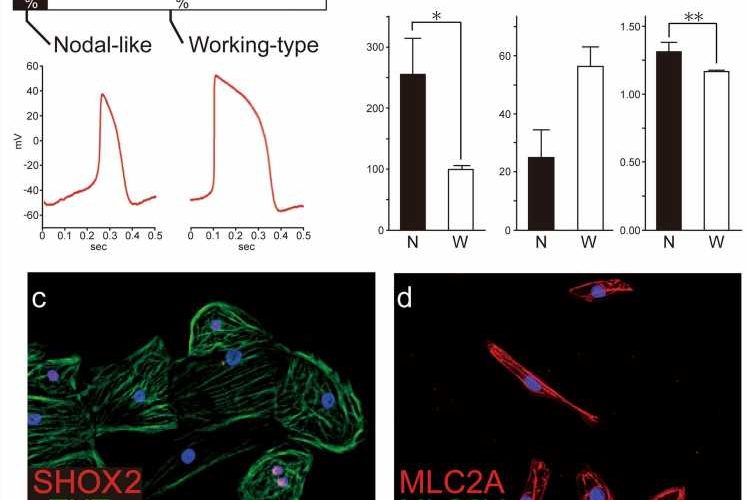 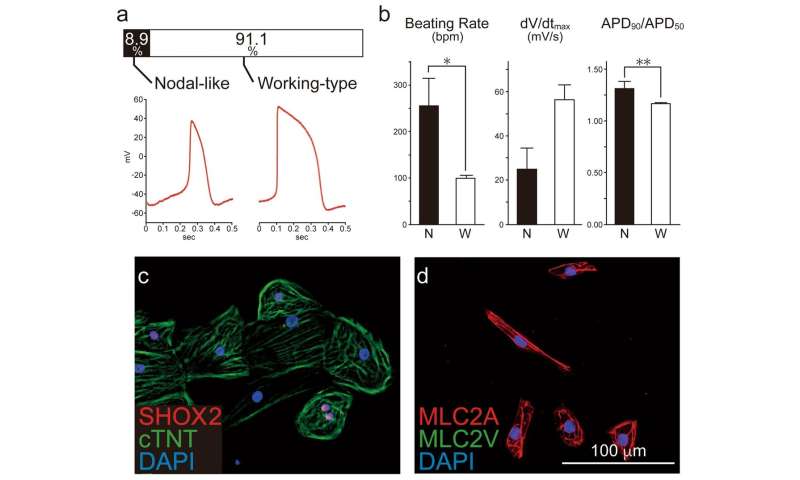 Stem cells are heavily studied around the world with the hope to revive damaged body parts unable to regenerate by themselves. Injured heart muscles are one of these areas which remain impaired in adults who have experienced heart attacks. Once heart tissue is injured due to restricted blood flow during a heart attack, treatment options are lacking to return the function of the heart to its previous capacity.

Stem cells are promising because they can be manipulated to generate healthy cells to replace diseased cells. No other cells hold this promise. There are a few issues to clear before stem cell treatments can be implemented clinically for heart regeneration, and one major obstacle is to understand why irregular, abnormal heartbeats occur two to four weeks after iPS cell-derived heart muscle cells are transplanted to the heart. The heartbeat stabilizes on its own after 12 weeks but researchers set out to find out why the arrhythmia occurs.

A team led by Hajime Ichimura of Shinshu University thought that perhaps the reason for this phenomenon was “due to the change in the properties of the cells after transplantation.” To investigate, the team prepared heart muscle cells from iPS cells. Heart muscles start to form twenty days into cultivation. On the twentieth day, the researchers harvested the cells and cryopreserved them. The experiment was done in vitro and in vivo. They observed the cells at two weeks, four weeks, and at the twelfth week. The samples grown in vitro were a sheet, or two dimensional, and 3-D samples were also prepared to be closer in form to the graft in vivo.

The research team used the thawed cells grown for twenty days during the in vivo experiments as well. They transplanted the cells to rat hearts, observing the prognosis at two weeks, four weeks and at the twelfth week. These in vivo experiments had a trial with healthy hearts, and hearts with induced myocardial infarction, better known as a heart attack.

Corresponding author Professor Yuji Shiba has worked on heart transplant research previously in the paper “Allogeneic Transplantation of iPS cell-derived cardiomyocytes regenerates primate hearts,” published in 2016 in Nature. He states “the study into stem cells has been happening for almost 20 years and only recently have scientists started to understand mechanisms clinically.” 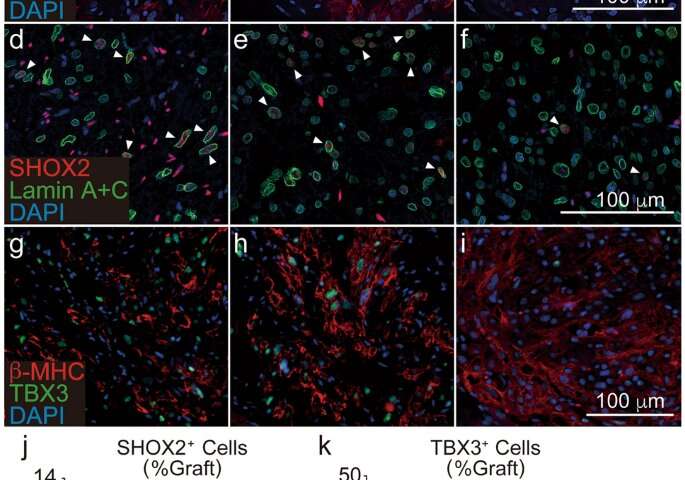 The previous study of macaques noted the arrhythmia between the 2nd and 4th weeks. It was thought that the arrhythmia occurs from the activity of the transplanted cells. Arrhythmia during a heart attacks is often noted as “re-entry” or when the electricity inside the heart goes haywire and loops around inside the heart. Two previous groups who studied arrhythmia in hearts of transplanted cells thought it was not caused by re-entry, but that it is the activity of the transplanted cells. Therefore, this team set out to find the cause through observing the properties of the various cells according to time points.

They created the embryonic stem cell-derived cardiomyocyte cells and observed its electrical properties. There are two types of heart muscle cells made from iPS cells. ‘Working-type,’ which as the name implies, contracts and relaxes to produce exertion. The other is called ‘nodal-like,’ which acts like an electric pacemaker.

After the twelfth week in vivo, the graft begins to grow, but immediately after transplantation it is very small. At the twelfth week the small graft has grown and consists mostly of working-type cells. The nodal-like cells have decreased significantly by then. The researchers believe that the arrhythmia decreases then, because the number of and activity of the nodal-like cells have decreased, causing extra electrical activity to decrease. 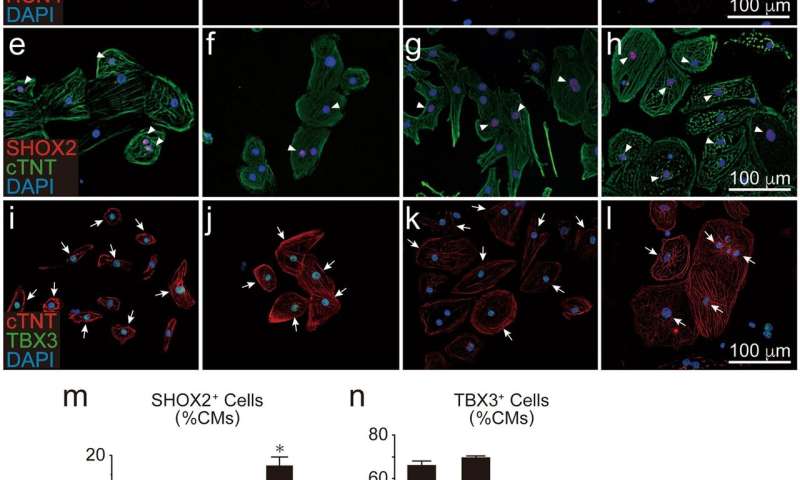 The group confirmed this at the RNA level, examining through PCAtools analysis. They looked at human fetal heart RNA and human adult heart RNA. They tested tissue in graft in vivo in rats. In vitro, the sample increased. In vivo it increased too, to more than 1800, while in vitro it increased 15. The KCNJ2 and MYL7 are working type cell markers that increase. The gene expression study verifies the other studies that the working-type cells increase significantly after transplantation.

Regenerative medicine of the heart has been studied for more than 20 years, and only now are clinical trials and surgeries starting to take place. As of now, the arrhythmia after stem cell transplantation is the biggest obstacle facing regenerative medicine for the heart. Researchers are gradually starting to understand the mechanism. If left on its own, the arrythmia solves itself, only appearing during the second to forth weeks after transplantation. It was not understood why it happens and how it resolves itself. This study helps to explain that phenomenon.

“This research was made possible by the many people who helped me clear each hurdle of technique in which I was inexperienced,” Professor Hajime Ichimura states. “There are many steps to clear before the ultimate goal of clinical application in people, and there are other hurdles than arrhythmia.”