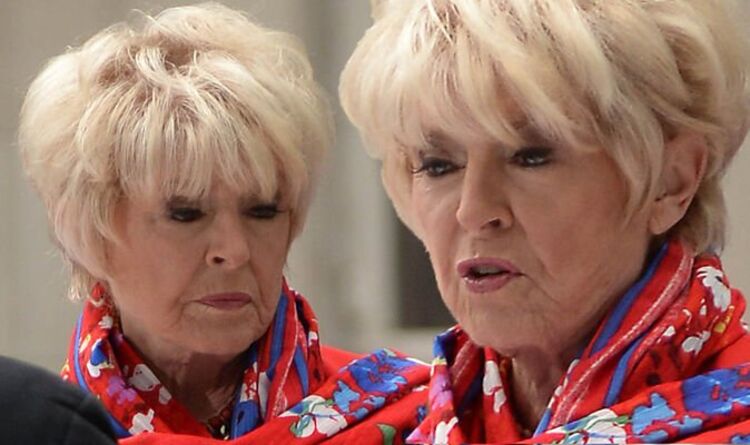 When the COVID-19 pandemic hit back in 2020, Gloria and her husband Stephen Way were worried more than most. Due to Stephen, who has a number of health issues and has suffered from a stroke in the past which made him vulnerable to the virus and Gloria’s pre-diabetes, the pair were extra “cautious and sensible” in order to avoid catching the potentially fatal disease. The Northern Irish star found out about her condition back in 2013, and since has had to adapt her diet and lifestyle to ensure that she doesn’t develop type 2 diabetes. Back in 2016, after hosting BBC One show Food: Truth or Scare, she wrote a column revealing just how she has managed the condition.

“It was during an annual blood test in 2013 that my doctor said I was pre-diabetic and told me to take my life in my hands.

“That meant cutting out croissants, chocolate and biscuits – for, like my late sister Lena who struggled with diabetes, I had a sweet tooth.

“I’d dieted before but going on a medical diet gives you determination. I cut out all the sugar I could.”

Diabetes UK explains that prediabetes, or borderline diabetes which it is also known, is regularly used to describe individuals who are at “high risk” of developing type 2 diabetes.

At the moment 13.6 million people are at increased risk of type 2 diabetes in the UK. However, with the right support and change in lifestyle, around half of these cases can be prevented or delayed from turning into type 2 diabetes.

Luckily for Gloria, after her “shock” diagnosis, she was able to successfully lower her blood sugar levels, and on the way learnt a lot about the benefits and pitfalls of certain foods.

“It’s clear to me now that sugar, not fat, is public enemy number one. And low fat just means it’s been replaced by too much sugar,” she continued to write.

“A few months after bringing my sugar levels down, I cut my finger carving lamb. I suffered a terrible reaction, close to blood poisoning.

“The doctor treating me said if I was pre-diabetic, I ought to quit carbs too because they turn into sugar in the body.

“So I gave up bread, pasta and potatoes. It wasn’t the end of the world. Now I’ll have egg or sausage for breakfast, but no bread.

“It’s soup or salad with fish for lunch and in the evening I’ll replace potatoes with cauliflower, which has the same sort of crunch.”

Due to these changes, Gloria also found herself losing weight, dropping two stone due to eliminating both sugar and carbs.

The star confessed that she had always been “nervous” of diabetes in general due to her sister having the condition, so was even more determined to prevent a full diabetes diagnosis.

Gloria also went on to confess that she is a “self-confessed junkie” when it comes to vitamins, having taken supplements since she was aged 17.

She added: “I want to live as long as I can for my family, including my late daughter Caron’s kids. Vitamins are my insurance policy.

“Armed with the correct information, you can make the right decisions.”

Diabetes UK continues to say that overall, a diet made up of high fat and low fibre content is going to increase your risk of type 2 diabetes. But all of the following ways of eating have been linked with a decreased risk of the condition:

Being active regularly can also reduce your risk of the condition. Small changes such as using the stairs instead of lifts, going for regular walks, taking phone calls whilst standing up are all simple changes individuals can make alongside dietary changes.