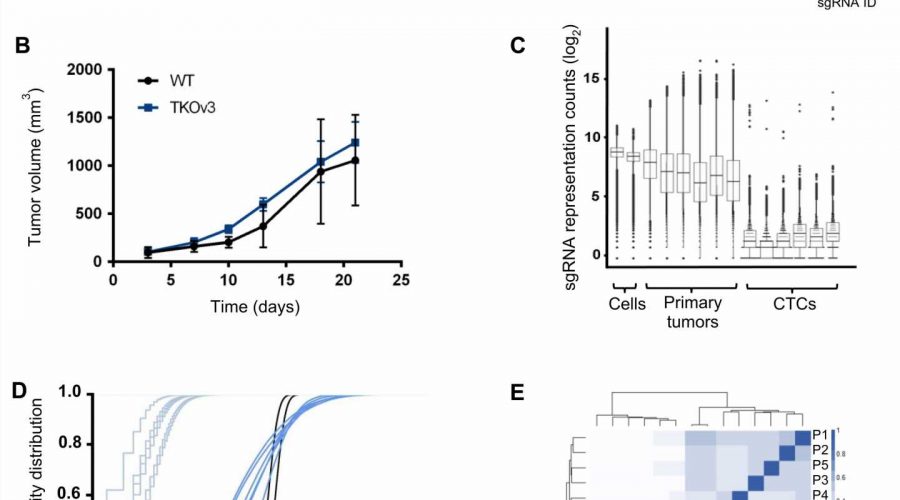 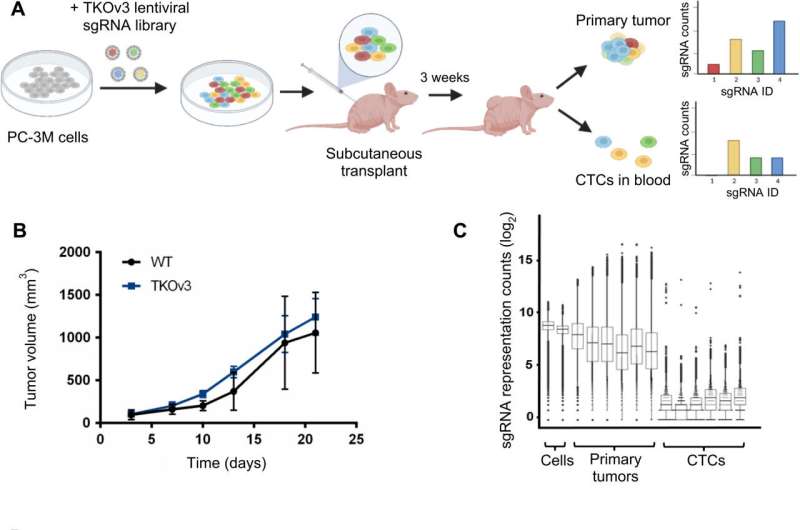 Investigators have discovered that the loss of the gene SLIT2 in circulating tumor cells regulates metastasis of prostate cancer tumors, according to a Northwestern Medicine study published in Science Advances.

Metastasis accounts for most cancer-related deaths, yet its underlying mechanisms have remained poorly understood despite recent advances in cancer treatments and care.

Circulating tumor cells (CTCs) drive cancer metastasis by breaking off from primary tumors and traveling through the bloodstream to seed new tumors. However, identifying the genetic factors that regulate CTCs and help them enter the bloodstream has remained a major roadblock due to CTCs’ rarity and heterogeneous nature.

“If we could turn off metastasis, cancer would not be deadly. Understanding why CTCs enter the blood is a critical step,” said Shana Kelley, Ph.D., professor of Biochemistry and Molecular Genetics, the Neena B. Schwartz Professor of Chemistry and Biomedical Engineering at the McCormick School of Engineering and senior author of the study.

To uncover the mechanisms driving CTC migration, the investigators used CRISPR gene editing to knock out genes in tumor-forming prostate cancer cells implanted in mice, with each cell having loss of function of one gene in the human genome. CTCs were collected using a first-of-its-kind approach developed by Kelley’s laboratory that efficiently isolates CTCs from blood cells.

From this screening, the investigators identified SLIT2 as the most common gene associated with CTCs. The gene encodes the SLIT2 protein, which in turn influences cellular migration. When SLIT2 knockout CTCs were inserted back into the mouse model, the investigators found that the number of CTCs increased in the bloodstream of mice.

The findings suggest that SLIT2 loss in circulating tumor cells promotes metastasis and enhances cancer progression. According to Kelley, next steps will involve screening genes that are activated, rather than knocked out, to identify new drug targets that could potentially slow or prevent metastasis.