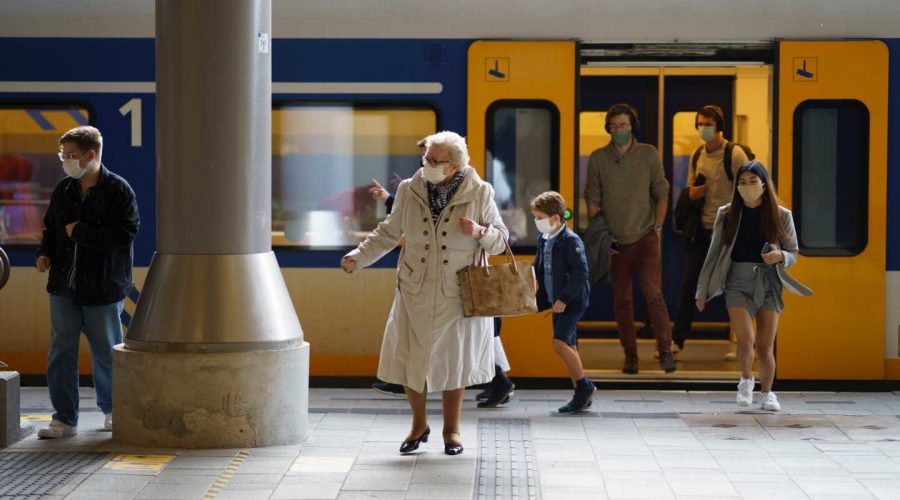 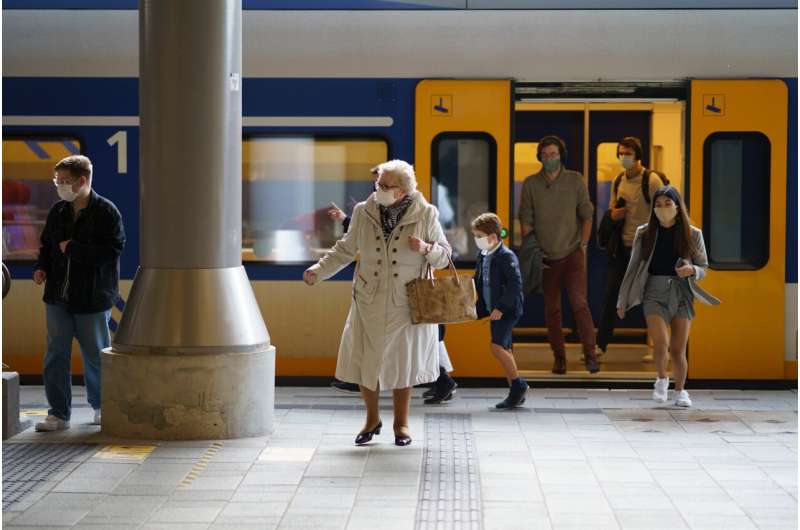 As the COVID-19 pandemic rolls into its third year, many of us have more questions than ever about how or when the pandemic will end. One of the subjects we’ve seen discussed a lot is whether COVID is becoming “endemic”—but, to be honest, we didn’t even know what that word meant.

We’ve also seen people argue that omicron could somehow end the pandemic. Could that be possible?

To learn more, we talked with Julie Swann and Matt Koci. Swann is a systems engineer with expertise in public health and issues related to contagious disease. She currently leads a group of researchers selected by the Centers for Disease Control and Prevention (CDC) and the Council of State and Territorial Epidemiologists to do projections and analysis of the COVID-19 pandemic. In 2009, she served at the CDC as a science advisor for the H1N1 pandemic response. Swann is the department head and A. Doug Allison Distinguished Professor of the Fitts Department of Industrial and Systems Engineering at NC State. Koci is a virologist and immunologist whose work focuses on host-microbe interactions in birds; he is a professor in NC State’s Prestage Department of Poultry Science.

The Abstract: Some people are talking about COVID-19 becoming “endemic.” What does endemic mean? Is COVID becoming endemic? And, if so, what does that mean?

Matt Koci: This seems like a purely academic exercise. A disease is considered “endemic” when it exists in a given area and you expect a certain number of cases per day/week/month/year. In other words, year after year there is a baseline of cases you expect to see.

The people who are in a hurry to declare COVID endemic seem to be operating under the assumption that when we get there, the pandemic is over. Like “endemic” is some Hogwarts spell that turns COVID into the common cold. But endemic doesn’t mean the disease is less bad or even that there are fewer cases. It just means there is an ever-present level of disease in a population.

Smallpox was an endemic disease that consistently killed one out of every three people it infected and generally left the other two seriously scarred—and that went on for thousands of years. Malaria is endemic in large parts of the world. And just because a disease is endemic, doesn’t mean it can’t flare up and cause outbreaks with more cases and deaths than usual.

COVID is almost certainly going to become an endemic disease.

Hopefully, ideally, endemic COVID will mean annual numbers of cases and deaths similar to the seasonal flu. Granted, COVID cases are dropping fast in the U.S. right now. That’s a good thing. Hopefully that means we’re on our way to the endemic phase, but different people have been declaring us in the endemic phase on and off for the past 12 months. There’s no reason to think it’s more true this time than it was in any of the others.

Vaccines, masks, testing, antivirals and better air filtration for buildings have all worked to keep cases numbers down. These tools will be with us for the foreseeable future. The question we have to answer as a society is how many COVID cases/deaths a year are we willing to live with? We can relax mask mandates, and other risk reduction measures, to fight COVID fatigue. But the more we relax those measures, the more cases will go back up. With these tools we have control over what the baseline of COVID cases will be, but for me we’re a long way off from the numbers I’d like to see.

To compare things to seasonal flu again, we have between 12,000 and 50,000 deaths in the U.S. due to influenza annually. We had more than 50,000 deaths in both January and February of 2022 due to COVID. We haven’t been at or below the average daily death numbers for flu since March of 2020.

Swann: I saw one research paper suggesting it could take 20 years for a disease like this one to settle down into a predictable pattern. This is especially true if there continue to be a large number of people who do not have the opportunity to be vaccinated, or if the disease continues to mutate in significant ways as it has done. At some point, COVID-19 will be much more like influenza, although that disease also has years when risk is much higher than other times.

Currently some people think we will see cycles of disease outbreaks when a new significant variant arises and immunity has weakened. These outbreaks could be successively smaller or shorter although this is not assured. The virus causing COVID-19 is rolling a set of dice in thousands to millions of people, hoping for the combination that will be a winning one for spreading further.

TA: Another idea floating around is that once someone has gotten COVID, they can’t get it again. But I know there have been cases where people contracted COVID for a second time. How common is it for someone to catch COVID again? And how much resistance does a prior case of COVID actually give you?

Koci: People who get COVID do develop immunity, but you are not protected for life. People who have recovered from COVID do get reinfected and even get sick again, but typically with different variants. That immunity from infection seems to be more than one shot of the mRNA vaccine, but maybe a little less than two shots. However, if you recovered from COVID and get one shot of mRNA, that seems to be similar to three shots of mRNA. But for both the recovered and the vaccinated, immunity decreases with time.

Swann: People can absolutely get COVID again. In recent analyses, we incorporated immunity that drops over time, such as 3–8 months after an infection. Immunity isn’t even the same for everyone. For people with underlying health conditions, they may have immunity that only lasts a month or two, while someone else could be protected for longer. Sometimes the second infection has lower risk, but this is not always true. The topic of reinfection is even trickier when a new variant comes into the mix, as it can break through immunity if it is sufficiently different. So far we have seen that a previous infection provides some protection against severe outcomes (hospitalization or worse), but it is not 100%.

TA: One idea floating around is that the omicron variant will lead to so many people contracting COVID that the disease will become much less problematic, because a large portion of the population will have developed resistance. Is that even possible?

Koci: It is possible only if we don’t have another variant—and there are already several other variants being watched as potentially problematic. The issue with waning immunity isn’t really that our immune systems aren’t up to the challenge or that the vaccines aren’t working. It’s that the virus keeps changing, just enough, so that immune system doesn’t recognize it as well. As long as new variants keep popping that are different enough from what we saw six months before, we’ll keep going on this cycle.

Swann: Good points. In the U.S., parents haven’t even had the opportunity to vaccinate children under 5 yet, and that is not even considering how many people worldwide do not have protection yet. As of late March 2022, more than 2 billion people around the world have not received any vaccine at all yet.

TA: So there will be more variants?

Koci: The short answer is yes. It’s hard to say how many more variants will come, but based on the past two years we need to hope for the best and plan for the worst, and assume we will continue to see new variants that are capable of evading the immunity conferred by the previous variants for the foreseeable future. Hopefully, eventually, we will have seen enough variants and will have immunity to enough variants that no matter what new variant pops up, you’ll get a mild cold at worst.

But I can’t stress this enough: there is no reason to think we’re at that point now, and the longer people keep deluding themselves into thinking, “if we just get through this wave it will go back to normal,” the longer we trap ourselves in the current paradigm.