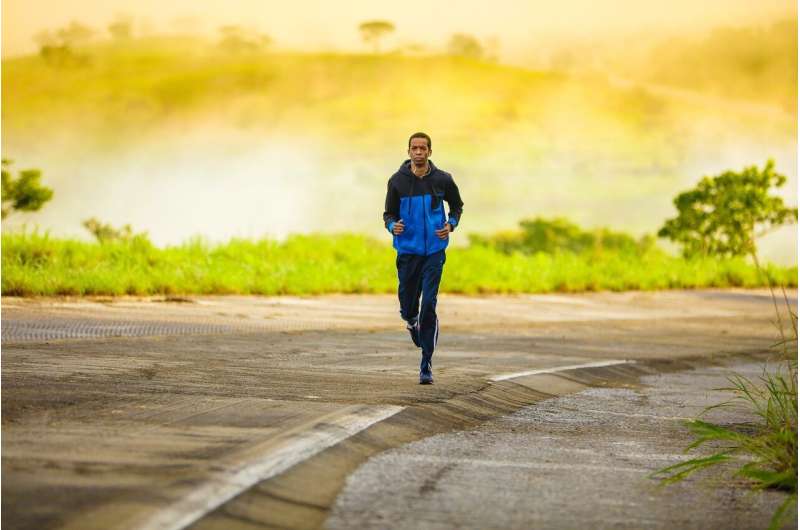 Athletes and the general population alike train to promote health and physical fitness. With repeated exposure to the minimal stress of exercise, the body adapts. Researchers at the University of Tsukuba have sought to paint a detailed picture of the physiological stress response to moderate-intensity exercise that occurs after the lactate threshold is surpassed. In a recently published study in Neuroendocrinology, the researchers have confirmed that arginine vasopressin and corticotrophin-releasing hormone regulate an important indicator of stress: the adrenocorticotropic hormone.

With sufficiently lengthy moderate-intensity exercise, anaerobic respiration processes contribute to producing fuel for the brain and muscles. Lactic acid can build up in the blood, at which point the stress response kicks in.

The researchers confirmed that, in response to exercise stress in rats, adrenocorticotropic hormone (ACTH) is secreted, which involves the release of arginine vasopressin (AVP) and corticotrophin-releasing hormone (CRH) from hypothalamic neurons into the pituitary portal vessels. They used an established animal exercise-stress model to represent human physiological responses and blockers for each factor. “This avoided the difficulties of earlier studies that had used blood samples only, and were unable to identify the causal relationship between ACTH and AVP and CRH responses during exercise stress,” explains Professor Hideaki Soya. Because of the study’s design, the research team could evaluate each factor’s contribution separately and in combination, as well as factor-related activation in the brain, in response to the exercise protocol.

AVP blockers and CRH blockers had an effect on ACTH release from the anterior pituitary only during running (not before running). Each blocker had an effect alone, yet a larger effect was observed when blockers were administered in combination. Furthermore, both arginine vasopressin and corticotrophin-releasing hormone neurons were activated with exercise stress; however, concentrations of adrenocorticotropic hormone in the blood were only correlated with activation of arginine vasopressin neurons. “Thus, both arginine vasopressin and corticotrophin-releasing hormone may contribute to regulating adrenocorticotropic hormone secretion, in different ways, but may do so cooperatively, and therefore together play an important role in the stress response,” says first author Kanako Takahashi.

Related posts:
07/03/2022 Health News Comments Off on Examining exercise and the regulation of the adrenocorticotropic hormone
Categories
Recent Posts