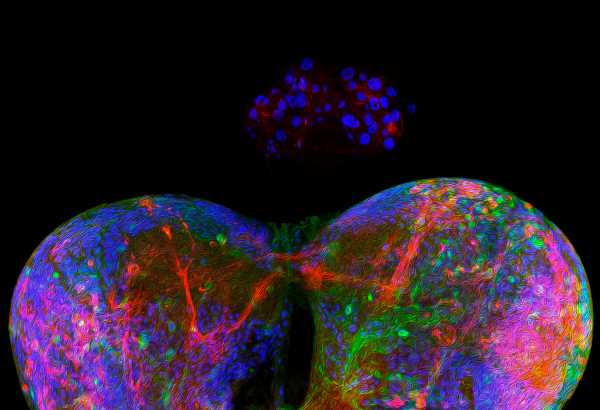 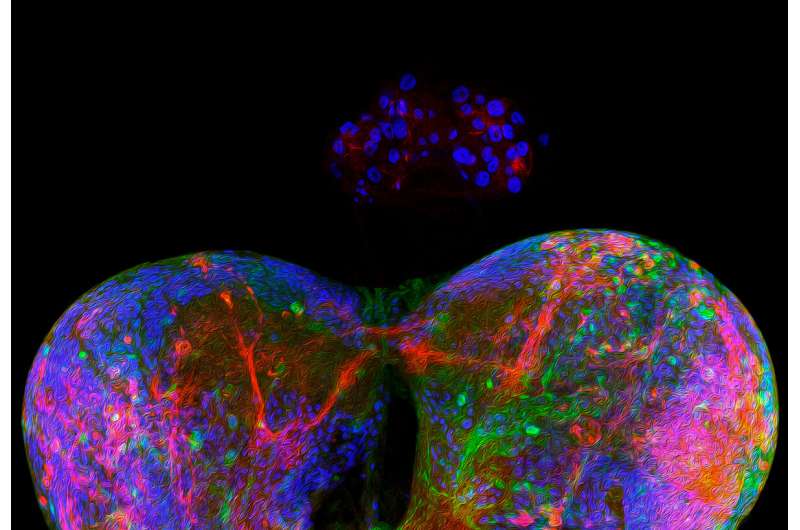 The systemic balance that coordinates the growth of an organism and its progress through the different stages of development occurs across the animal world and is regulated by internal and external signals. Examples of this balance are puberty in humans and metamorphosis in flies. These are transitions characterized by the production of steroid hormones and they mark the turning point that will determine the halting of growth and entry into the adult state. Certain human diseases, such as cancer and inflammatory bowel diseases (IBDs), cause a delay in this transition.

Led by Dr. Marco Milán, scientists at IRB Barcelona have discovered the mechanism by which malignant epithelial tumors affect the production of steroid hormones. Specifically, these researchers have found that the Drosophila Upd3 protein (equivalent to human Interleukin-6) is the main signal produced by tumor cells to influence hormone production and activate signaling pathways that block the transition to adulthood.

“This finding is highly relevant and can help us understand delays in the transition to puberty caused by various medical conditions in adolescents. In the end, what happens is that a damaged organ sends signals to the body to warning that it is not prepared for a process of change,” explains Dr. Milán, ICREA researcher and head of the Development and Growth Control laboratory at IRB Barcelona.

A model to study cancer

To carry out this study, Dr. Milán’s group has used the genetic potential of the Drosophila fly to induce alterations in the epithelial tissue that simulate a tumor-like growth and mimic the capacity found in human carcinomas to send systemic signals.

Related posts:
22/02/2021 Health News Comments Off on Discovery of a mechanism by which epithelial tumors cause developmental delays
Categories
Recent Posts