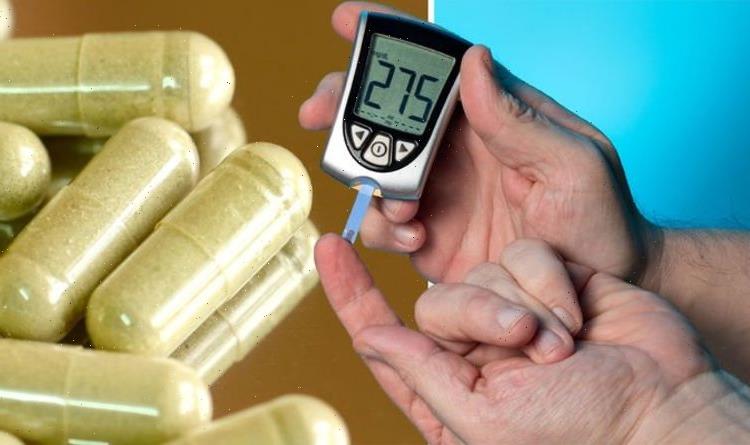 Type 2 diabetes can be a 'devastating diagnosis' says expert

Diabetes rates have doubled in the past decade, and continue to grow at unprecedented rates. The condition is linked to any clinical symptoms, but reports of excessive thirst and frequent urination are common. The need for effective countermeasures is more apparent than ever. Fortunately, one supplement has been shown to lower blood sugar levels in just two weeks.

Crepe Myrtle, also known as Banaba, is a plant native to the Philippines and Southeast Asia that is used for diabetes and weight loss.

The Banaba leaf is the portion of the plant thought to exert beneficial effects on blood sugar.

It’s been hypothesised the plant lowers blood glucose by having an insulin-like effect by activation of the insulin receptors.

According to WebMD, early research shows that taking a product combining both Banaba and cinnamon inner bark for 12 weeks could improve insulin production and insulin sensitivity.

The findings are consistent with those of a study published in the Journal of Ethnopharmacology, in 2003, which observed potent anti-diabetic effects in subjects who received a dose of the extract daily.

The purpose of the study was to observe the anti-diabetic activity of a standardised extract from Banaba in Type 2 diabetics.

The researchers noted: “Subjects received a daily oral dose of [the extract] and blood glucose levels were measured.

“[The extract] at daily dosages of 32 and 48mg for two weeks showed a significant reduction in the blood glucose levels.

“[This suggests] that the soft gel formulation has a better bioavailability than a dry-powder.”

Although the findings are promising, further research is needed to demonstrate the long-term safety and efficacy of herbal preparation, as small sample size and short study duration limit the applicability of these results.

What’s more, researchers warn that although Banaba has proven effective in lowering blood glucose it should be used with caution in those already using other hypoglycaemic agents.

The extract may also lower blood pressure and may enhance other antihypertensive drugs, it’s been observed.

As a supplement, Banaba is generally well-tolerated when used orally.

Other potential therapeutic uses of Banaba extract include treatment of cholesterol.

A sample of 40 adults with impaired fasting glucose received a combination of Banaba leaf and turmeric extract and saw their triglyceride levels decrease by 35 percent and HDL levels increased by 14 percent.

Evidence of the direct benefits of Banaba leaves on cholesterol levels still remains limited, however.