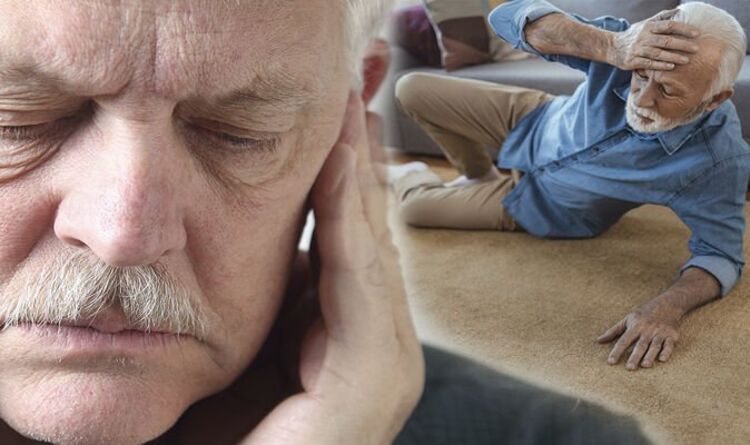 Alzheimer’s disease is a brain disorder that slowly destroys memory and thinking skills and, eventually, the ability to carry out the simplest tasks. Older people with Alzheimer’s suffer more than double the rate of falls as people without the disorder, because of problems with balance, gait disorders, and visual and spatial perception. New research has pinpointed the possible cause for this.

People with Alzheimer’s and other types of dementia tend to be at a high risk of falling.

They are more than three times more likely to fracture their hip when they fall, which leads to surgery and immobility.

The rate of death following a hip fracture for those with Alzheimer’s is also increased.

New research has discovered the cause of this increased risk of falling.

The new study with Johns Hopkins Medicine analysed 50 people with Alzheimer’s disease and found evidence that damage to the inner ear system that controls balance is a major risk factor for falls.

The study found that impairment of the vestibular system was linked to a 50 percent increase in the risk of falling for patients with Alzheimer’s compared with patients who have Alzheimer’s and normal vestibular function.

The study, published in the Journal of Alzheimer’s Disease, is believed to be one of the first to demonstrate the vestibular system as an important contributor to loss of balance and fall risk among the Alzheimer’s population.

“Falls are a major problem in people with Alzheimer’s disease, who fall at twice the rate compared with healthy older adults, and this often leads to injury, nursing home placement and early mortality,” says senior author Doctor Yuri Agrawal, professor of otolaryngology-head and neck surgery at the Johns Hopkins Medicine University School of Medicine.

The new study, she said, was designed to better understand the root causes of the high fall rate and identify specific interventions to reduce it.

Impairment of the vestibular system is a common cause of dizziness, vertigo and balance issues, even in generally healthy people.

In the study, researchers used devices that can track responses to eye and head movement to stimulate and mirror vestibular function.

Doctor Agrawal said that loss of vestibular function leads to an increased sway, causing unstable balance which in turn leads to more falls.

“We call the vestibular system the sixth hidden sense because it functions almost at a subconscious level,” she said.

“It’s always ‘on’ and operates normally to keep us oriented as we move through space, sensing what’s up and what’s down and around us.

“The system automatically feeds that information to the brain as other sensory organs such as the eyes or ears do.

“But unlike closing one’s eyes or plugging one’s ears, people cannot wilfully control it. So, when it’s impaired, people experience vertigo, a disorienting, inability to navigate the world.”