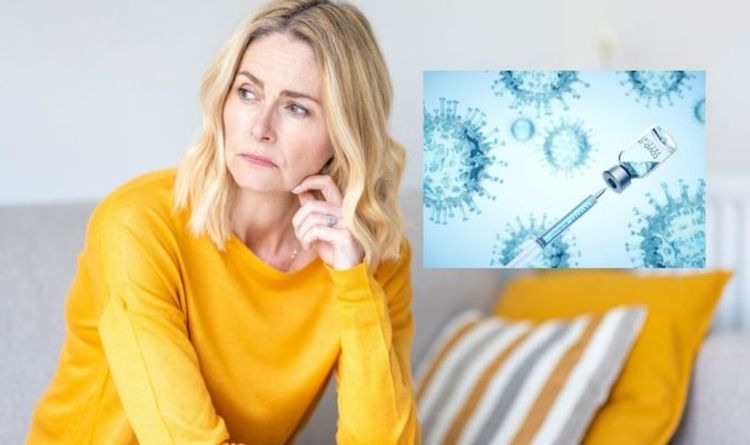 People reporting symptoms of depression have trebled during the pandemic, according to new research.

Making matters worse, people who experience these depressive symptoms are more likely to believe misinformation about vaccines and less likely to be vaccinated.

It is possible that more severe cases are likely to believe a greater amount of misinformation.

The correlation found by the research, published in JAMA Network Open, did not discriminate by political beliefs or demographic groups.

The researchers stress that depressed people should not be blamed for misinformation but instead treated as a vulnerable group.

“One of the notable things about depression is that it can cause people to see the world differently—sort of the opposite of rose-colored glasses,” explained lead author Roy H. Perlis, associate chief of research in the Psychiatry department at Massachusetts General Hospital.

“We wondered whether people seeing the world this way might also be more susceptible to believing misinformation about vaccines.

“If you already think the world is a dangerous place, you might be more inclined to believe that vaccines are dangerous—even though they are not.”

READ MORE: Supplements warning: The vitamin linked to a 22% increased risk of bleeding in the brain

They found that depression levels were three times higher than at the beginning of the pandemic.

People who were already depressed to begin with were more 2.2 times likely to endorse at least one of four false claims about vaccines.

People who endorsed these false claims were half as likely to be vaccinated and nearly three times as likely to report vaccine resistance.

A follow up survey was also conducted two months later.

Those with depression were twice as likely to endorse even more misinformation than they had previously.

The survey also included questions about where people got their news from, which allowed them to eliminate political beliefs as a potential factor.

“While we can’t conclude that depression caused this susceptibility, looking at a second wave of data at least told us that the depression came before the misinformation,” Doctor Perlis explained.

“That is, it wasn’t that misinformation was making people more depressed.”

The researchers concluded that improving mental health care could also improve the effectiveness of vaccination campaigns.

“By addressing the extremely high levels of depression in this country during Covid, we might decrease people’s susceptibility to misinformation.

“Of course, we can only show an association—we can’t show that the depression causes the susceptibility, but it’s certainly suggestive that it might.”

The misinformation questions included in the survey were based on popular and widely circulated conspiracies.

At the survey’s conclusion all participants were notified that these statements were false to ensure nobody took up these beliefs as a result of the survey.

Related posts:
23/01/2022 Health News Comments Off on Covid: The condition that can disrupt vaccination – it’s trebled during the pandemic
Categories
Recent Posts