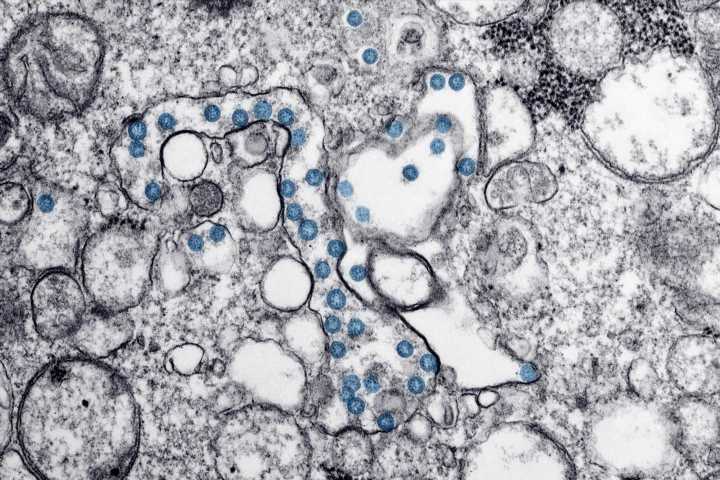 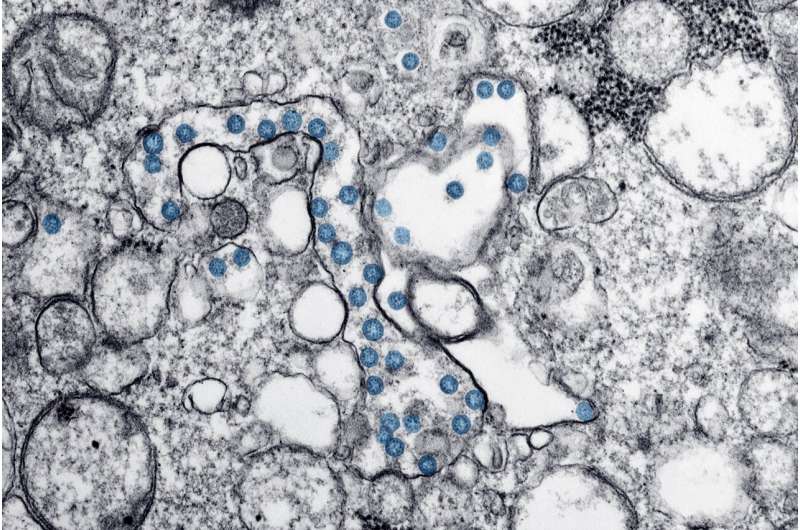 The coronavirus variants of concern are emerging from chronic, long-term COVID infections in people who may be immune comprised and unable to clear the virus, a new study strongly suggests. Frontiers in Virology published the findings by scientists at Emory University and the University of Oxford.

“Rather than evolving from transmission chains of acute COVID infections in hundreds of millions of people, our results show that the variants of concern come from rare cases when someone may have an active infection for months,” says Daniel Weissman, a corresponding author and Emory professor of biology and physics focused on quantitative evolutionary theory.

“A key take-home message is that it is important to find these individuals who are chronically infected and provide support for them to recover,” adds Mahan Ghafari, first author of the paper and a postdoctoral researcher at the University of Oxford. “In many cases they may be asymptomatic and not even realize that they are infected with COVID although they are actively shedding the virus.”

Ghafari graduated from Emory in 2018 with a masters in physics.

Additional authors of the paper include Aris Katzourakis, a professor of evolution and genomics at the University of Oxford; Qihan Liu, an Emory graduate student in physics; and Emory undergraduate Arushi Dhillon.

Viruses like SARS-CoV-2 continuously evolve due to occasional mutations in the genetic code that may occur when they replicate. “When a virus copies itself, it doesn’t always make perfect copies,” Weissman explains.

Usually, such random mutations do not benefit the virus or raise the concerns of scientists monitoring these changes. Occasionally, however, the mutations result in a variant of the virus that may make it more transmissible, more difficult to detect and treat, and even more lethal.

The World Health Organization defines a SARS-CoV-2 variant of concern as one that is more likely to cause infections even in those who are vaccinated or in those who were previously infected.

“During the first few months of the pandemic, it didn’t look like the coronavirus was going to adapt into a variant of concern,” Weissman says. “But then, boom, boom, boom! Not only did the coronavirus evolve into VOCs, it did it three times in quick succession in late 2020.”

Why had all three of these VOCs emerged at roughly the same time and apparently in three far-flung areas of the world?

Another mystery was why large clusters of mutations occurred in the VOCs. “A key element that distinguished these VOCs from other lineages of virus that were circulating is that each of them has a vastly elevated number of mutations,” Ghafari notes. “That’s a major distinction point in evolutionary terms.”

At least some of the mutations from the VOC had been detected in chronic cases of COVID, leading to the hypothesis that these long-term cases may be the source of the VOCs. The other main theory was that VOCs were emerging from sustained transmission of acute infections in areas of the world with poor genomic surveillance of the virus.

Ghafari, Weissman and their collaborators were among the first teams to methodically test these theories surrounding the emergence of the alpha, beta and gamma VOCs.

The researchers built a mechanistic, theoretical model to study the problem, using existing data and software they developed. The resulting model rules out the theory that the VOCs emerged from sustained transmission of acute infections and fully supports the theory that each variant evolved within a single individual with a chronic infection.

The model shows how multiple mutations were needed, each of which may have been either neutral or slightly advantageous to viral fitness. In this way, a variant eventually acquires a constellation of mutations that allow it to become more transmissible.

Although the current paper drew from data for the alpha, beta and gamma variants, the resulting theoretical model also explains the later independent emergence of the delta and omicron VOCs. Delta emerged in India in late 2020, rapidly sweeping through that country and spreading around the world. Delta subsided after omicron, which is not a descendent of the delta variant, emerged in South Africa in late 2021. Omicron quickly became the dominant global VOC.

The researchers have made their model and software publicly available for others to study the evolution of SARS-CoV-2 variants.

“Ideally, we’d like to eventually be able to quantify the timing at which new variants might emerge in the future,” Weissman says. “That has huge implications from a public health perspective.”

Studies have shown that some immune-compromised people, such as those taking medication for other chronic disorders, have carried active COVID infections for a year or even longer. It’s critical to identify these people, the researchers stress, not only to help them get treated for COVID, but also to conduct genomic surveillance of the SARS-CoV-2 viruses that they carry.