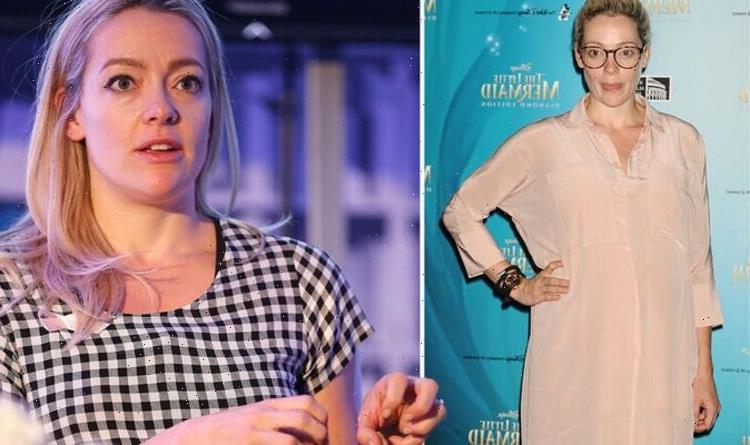 Today, Cherry Healey has come to grips with the urinary infections she has had since the age of 12. She says she knows “what to look out for”. But Cherry hasn’t always been this “fastidious” about the condition.

Healey told the Daily Mirror about a severe episode with the infection that resulted in her going to the hospital for five days–all because she “left it too long”.

The infection which is usually caused by bacteria from the poo entering the urinary tract can result in a burning sensation when peeing, as well as tummy pain and other minor symptoms.

But if ignored, the condition can spread and cause some serious damage to the kidneys.

This is what happened to Healey in 2009 while at her best friend’s wedding.

She said: “I was mainlining painkillers and in a state, sweating and shaky, but I just carried on and went to the wedding as I didn’t want to let anyone down.

“I had been feeling rubbish for about four days but I had been really busy at work so just carried on.”

Healey, bearing through the pain of her infection, eventually collapsed in her bridal suite.

Her then-husband Roy, encouraged her to leave the wedding.

Healey spent the next five days in the hospital.

“I was pumped full of antibiotics and even though I felt better after two days, the doctors were very concerned as my blood tests had warning markers,” she said.

“They did an ultrasound and discovered that because I had left it so long, my kidneys were permanently damaged – they will always be scarred,” added Healey.

Since the ordeal, Healey has had further painful bouts with the condition, including one during Christmas of 2018.

Healey said that she is even more susceptible after the 2009 episode.
However, this has allowed Healey to become more familiar with the condition.

“I know what to look out for – if I’ve been for a wee and it’s a bit shorter than normal that’s usually the first sign.

“Then I’ll get this strange ache in my pelvic area which grows and grows if you don’t do anything about it, until next time you go to the loo you’ll get the trademark sting when you wee.”

She added: “There’s a stigma attached and people link them to one-night stands or lots of sex.

“If I tell someone I have a UTI they look at me as if to say, “Ooh, did you have an interesting weekend?” but that’s a complete myth.

“They can happen if I’m too hot, get dehydrated, go on a long-haul flight, if I’m over-tired – so many different reasons.”

The symptoms of UTI

The main symptoms of UTI, according to the NHS, include:

If you are having the symptoms for the first time, the NHS recommends visiting your GP where they will treat you for the condition.

Nurses or GPs will also provide you with advice and information, as they did with Healey after the severe episode.

They may also prescribe you antibiotics if they deem it necessary.