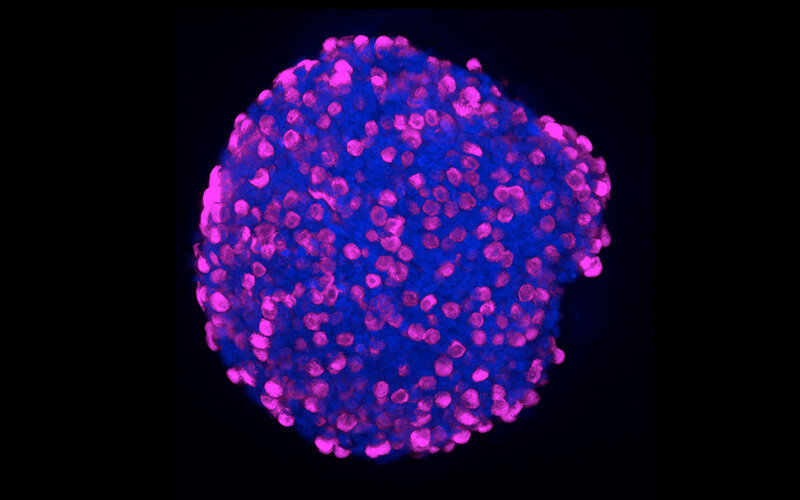 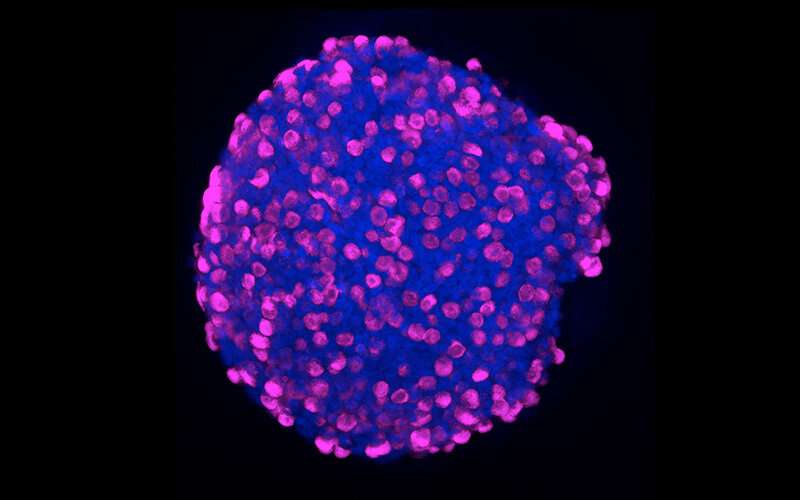 Enteroendocrine cells punch above their weight. Constituting just about 1 percent of intestinal cells, they produce, as a group, around 15 different hormones. These not only regulate intestinal function and digestion, but also influence metabolic functions like insulin secretion and appetite regulation.

A new technology platform developed at Boston Children’s could set the stage for tapping enteroendocrine (EE) cells to reverse diabetes, obesity, and gastrointestinal conditions like inflammatory bowel disease and irritable bowel syndrome. Described in the journal Nature Communications, the platform is designed to identify drugs that could expand EE numbers, get them to produce more of the needed hormones, or both.

“There’s been interest in exploiting human intestinal stem cells and EE cells to treat disease,” says David Breault, MD, Ph.D., associate chief of the Division of Endocrinology at Boston Children’s. “But the field is still in a nascent stage. This will open new avenues of discovery.”

Breault is founder and director of the Gastrointestinal Organoid Core, based jointly in the Divisions of Endocrinology and Gastroenterology at Boston Children’s. He and the study’s lead investigator, Daniel Zeve, MD, Ph.D., obtained tissue from intestinal biopsies of patients at Boston Children’s, housed in a biorepository, and from adult GI patients at Massachusetts General Hospital.

From the patient samples, the researchers isolated the intestinal crypts, the “valleys” between intestinal villi where many intestinal stem cells reside. From the intestinal stem cells, they created organoids, three-dimensional mini-organs that replicate the biology of the duodenum and rectum. These locations house relatively large numbers of hormone-producing cells. These organoids then became their platform for systematic testing of libraries of drugs.

“We tried a variety of small molecules with the goal of making more EE cells and/or more hormones,” says Zeve, an attending physician in endocrinology and a member of Breault’s lab.

While others have tried to expand populations of EE cells, the new protocols are more efficient and avoid the need to use genetic techniques. Breault and Zeve have filed a U.S. patent application and now hope to scale up their platform for high-throughput drug testing. Their goal is to find FDA-approved compounds that have the same effect as their small molecules.

They are particularly interested in finding an oral drug that would enable people with type 1 diabetes to make insulin, or help people with obesity lose weight by getting them to produce GLP-1, which regulates appetite and food intake. Drugs that mimic GLP-1 activity were recently approved for weight loss and are frequently prescribed for type 2 diabetes. However, they have side effects, including nausea, vomiting, diarrhea, constipation, increased risk of respiratory infections, headaches, and possibly pancreatitis.

Breault and Zeve may also investigate medications to induce production of GIP, cholecystokinin, and peptide YY for diabetes and weight management.