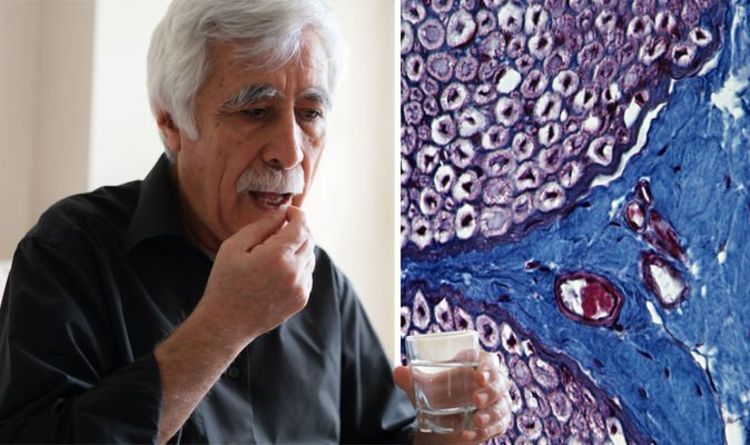 Vitamin B12 plays a key role in the formation of red blood cells, your metabolism, nerve function and the production of DNA. Because the nutrient is so central to these key biological processes, low levels can give rise to dire health outcomes. A large number of cases of B12 deficiency are attributed to dietary choices, but some cases have also been linked to medications. Proton Pump Inhibitors, for example, were linked to a doubled risk of B12 deficiency in one study.

The author of the study, Doctor Douglas Corley, researcher scientist and gastroenterologist at Kaiser Permanente’s division of research, said the findings raised the question of whether or not people on long-term acid suppression need to be tested for vitamin B12 deficiency.

The results, published in the Journal of the American Medical Association, revealed that people who took higher doses of the drug were more likely to develop a vitamin B12 deficiency.

According to the health website Patient: “Protein pump inhibitors (PPIs) are a group of medications that work on the cells that line the stomach, reducing the production of acid.”

The drug can be bought over the counter at pharmacies, but patients are advised to consult their doctor before using the drug for periods longer than four weeks.”

READ MORE: Omicron: The vitamin deficiency that could increase the risk of ‘severe illness’ 14-fold

Those who took an average of 1.5 PPI pills per day had almost double the risk of developing deficiency compared to those who averaged 0.75 pills per day.

For their study, researchers reviewed data on a sample of 26,000 people diagnosed with B12 deficiency, who were compared to 185,000 otherwise healthy individuals.

The findings appeared to suggest that women were at greater risk of deficiency than men and that people younger than 30.

They also suggested the risk of developing a vitamin B12 deficiency was 65 percent higher for long-term users.

The study, however, did not establish a cause-effect relationship between drug use and an increased incidence of B12 deficiency.

Doctor Corley speculated that the drug may cause a deficiency by means of suppressing stomach acid.

Stomach acids, such as intrinsic facts, are crucial for the absorption of B12 in the body.

Older populations are believed to be more vulnerable to B12 deficiency due to a shortfall of stomach acids that result naturally from ageing.

The Harvard T.H. Chan School Of Public Health explains: “Vitamin B12 binds to the protein in the foods we eat.

“In the stomach, hydrochloric acid and enzymes unbind vitamin B12 into its free form.

“From there, vitamin B12 combines with a protein called intrinsic factor, so that it can be absorbed further down in the small intestine.”

By suppressing stomach acid production, PPI use may cause an inability to absorb vitamin B12, which could eventually lead to a deficiency.

But a large number of cases result from dietary choices that can be circumnavigated.

WebMD explains that most people could prevent a vitamin B12 deficiency by eating enough meat, poultry, seafood, dairy products, and eggs.

Those who exclude animal products from their diet, however, can source the nutrient from other foods fortified with B12, or supplements.

Related posts:
10/02/2022 Health News Comments Off on B12 deficiency: Over-the-counter pill linked to a doubled risk of developing a deficiency
Categories
Recent Posts