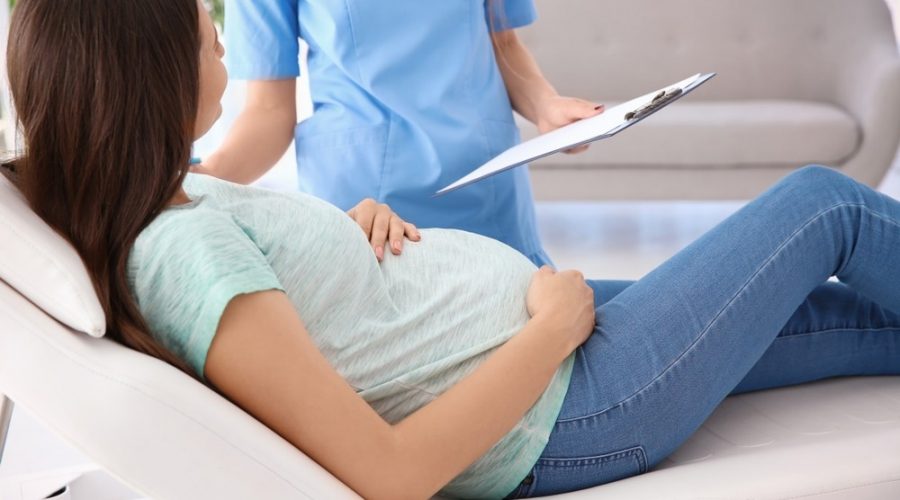 In a recent study published in Environmental Research, researchers explored the correlation between female fertility and chemical mixtures.

Up to one in six females of reproductive age experience difficulties getting pregnant or bringing a pregnancy to term, and reproductive health issues are becoming more commonplace worldwide. Live birth success rates have remained consistent despite an increase in the usage of assisted reproductive technologies (ARTs) among individuals with reduced fecundity. It is plausible to suppose that human-made chemicals that disturb the endocrine system contribute to rates of infertility, given the significance of hormones in ovarian function through development and adult life.

In the present study, researchers explored the existence of any connections between suspected endocrine-disrupting chemicals (EDCs) and female fertility In two cohorts of women visiting fertility clinics.

This study included 333 women receiving ART and was embedded in two European cohorts in Estonia and Sweden. From April to June 2016, Uppsala hosted the recruitment of participants from the Swedish cohort. The 148 women who constituted the Estonian cohort were recruited from Tallinn between February and November 2019. Almost 182 of the 195 eligible women were recruited, and 148 women were chosen for the final cohort based on the anticipated volume of follicular fluid needed for chemical measurements. The Swedish cohort's female participants answered a brief questionnaire about their lifestyle.

Follicular fluid from the follicles of the Swedish cohort was obtained, and it included all cellular components and had no obvious signs of blood contamination. Additionally, samples from the follicles were collected from the Estonian cohort. For the quantification of all compounds, two approaches were used in the lab for the analysis of polyfluoroalkyl substances (PFAS) and the metabolites of bisphenols, parabens, and phthalates. Isotope dilution liquid chromatography with tandem mass spectrometry (LC-MS/MS) was applied. Before solid-phase extraction  (SPE), a deconjugation process was performed to quantify phthalates and parabens.

Ovarian sensitivity index (OSI) was utilized as a continuous indicator of ovarian response to stimulation and fertility treatment endpoints such as clinical pregnancy (CP) and live birth (LB)  derived from fresh and cumulative embryo transfers, assessed as binary outcomes. Follicular fluid was collected at ovum pick-up in both cohorts, and blood was drawn during the infertility inquiry to measure anti-Müllerian hormone (AMH) and follicle-stimulating hormone (FSH) before any fertility treatments. The Swedish and Estonian cohorts, which were utilized to assess the CP and LB rates, had follow-up periods of five years and 2.5 years, respectively.

The distribution of different factors varied slightly between cohorts. Compared to the Swedish cohort, Estonian women experienced infertility due to female causes more frequently. Although AMH data were only available for 35 women in the Estonian cohort, reduced endometrial thickness and AMH were also noted, providing further evidence of the cohort's low ovarian reserve. The team recorded a total of 106 fresh-product, 155 fresh-product/frozen, 93 fresh-product, and 135 fresh-product/frozen transfers. The OSI and probabilities of CP and LB in the Swedish and 248 Estonian cohorts were comparable.

The range of reported values was substantially broader, and PFAS contents were generally greater in the Swedish group than in the Estonian samples. The distribution of phthalates and parabens in the Estonian and Swedish cohorts showed no appreciably distinct patterns. While phthalates and parabens were mainly uncorrelated, the six PFAS compounds showed a high association structure. Analysis of the blank samples showed that there was a low amount of contamination from the environment of the embryo laboratory.

With relatively wide confidence intervals, the team noted reduced OSI in the combined population at increased chemical concentrations. Significant variations were found for methylparaben in the Estonian cohort and cumulative di-2-ethylhexyl phthalate (DEHP) in the Swedish cohort within the two distinct cohorts. The outcomes were unaffected when phthalates and parabens were mutually adjusted for in the same model when evaluating chemicals as a mixture.

With statistically significant relationships for perfluoroundecanoic acid (PFUnDA) in both the combined population, the Estonian population, and perfluorooctanoic acid (PFOA) in the Estonian population, higher PFAS concentrations were typically associated with lower OSI. Lower probabilities of LB from fresh transfers and lower chances of LB from fresh/frozen transfers were linked to perfluorohexanesulfonic acid (PFHxS). Additionally, a decreased likelihood of CP from the fresh/frozen transfers was associated with a higher quantity of PFOA. A positive correlation between LB from the fresh transfer and PFUnDA concentration was also observed.

Overall, the study findings identified chemicals such as methylparaben and perhaps PFUnDA and PFOA, that may be involved in the biological processes causing female infertility by disrupting ovarian function, providing further evidence in favor of the existence of an inverse association between female fertility and DEHP metabolites.

Bhavana Kunkalikar is a medical writer based in Goa, India. Her academic background is in Pharmaceutical sciences and she holds a Bachelor's degree in Pharmacy. Her educational background allowed her to foster an interest in anatomical and physiological sciences. Her college project work based on ‘The manifestations and causes of sickle cell anemia’ formed the stepping stone to a life-long fascination with human pathophysiology.