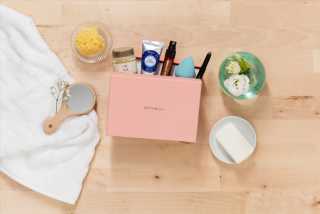 Subscription-box business Birchbox has confirmed to WWD that the company plans to lay off 44 of its 94 New York-based employees by May.
The news comes shortly after Birchbox sold its French business to its founders and a private equity firm. That business is now operating as a separate entity from the rest of the company. News of the layoffs was first reported by an online news outlet.
Birchbox chief executive officer Katia Beauchamp said in a statement that the company is looking to create more synergies across markets and is consolidating globally. "To reduce redundancies across the U.S., U.K. and Spain, we made the difficult decision to downsize our team by about 25 percent globally. This includes plans to move some of our U.K. operations to Spain, managing the U.K. market from the Barcelona office."
"In 2019, we significantly improved the fundamentals of our business, increasing the value of every subscriber and meaningfully improving the unit economics of the business. We introduced a tiered pricing structure that incentivized longer-term commitments; as a result, our subscriber base is smaller, but we doubled revenue per subscriber, decreased churn to record-low levels, increased margin on our monthly subscription, and saw a increase in customers signing up for 12-month subscriptions," Beauchamp continued.
"Building on that progress, we believe creating more savings through these operating efficiencies is the best path forward for the company," she said.
Birchbox has been majority-owned by Viking Global Investors, a venture firm, since 2018. The business was first to the subscription beauty-box business, but gradually struggled as other entrants hit the market and investors began to demand profitability. In 2016, amid those profitability demands, Birchbox had layoffs.
Since then, the company has closed its stand-alone store, raised prices and partnered with Walgreens for several shop-in-shops.
For more from WWD.com, see:
L’Oréal Q4 Sales Beat Expectations
E.l.f. Cosmetics Sales Jump
Estée Lauder Lowers Guidance Due to Coronavirus
Source: Read Full Article