Family time! Prince Harry and Duchess Meghan’s infant son, Archie, has met his great-aunt, a source confirms to Us Weekly.

“Harry’s aunt, Princess Diana‘s sister, Lady Jane Fellowes, has met Baby Sussex,” the insider tells Us. “Harry still remains very close with his family from Diana’s side and it was important to him that Jane meet the baby.” 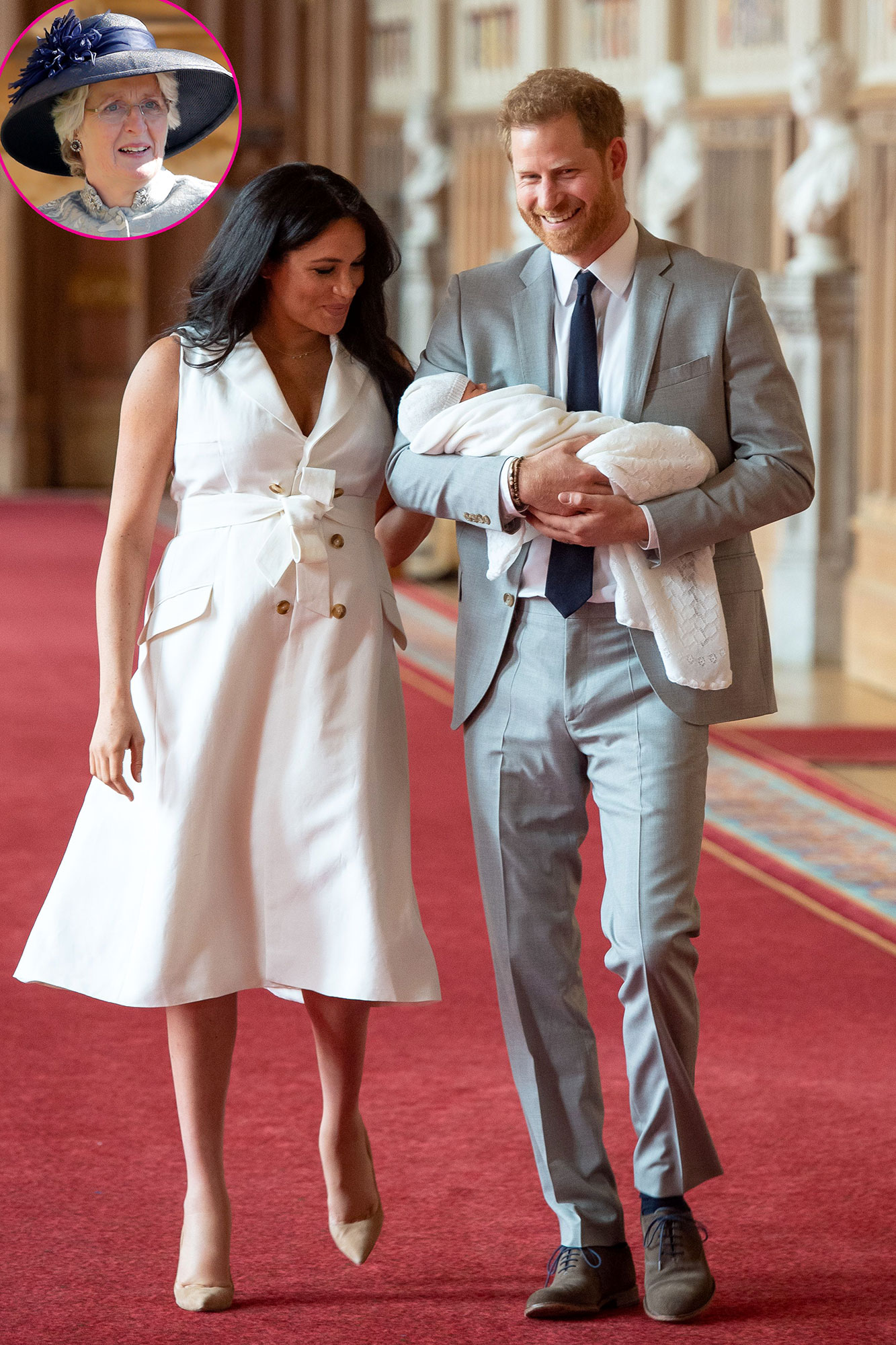 The Duke, 34, and Duchess of Sussex, 37, announced last week that their first royal baby had arrived. His name was announced on Wednesday, May 8, and pays homage to Harry’s late mother. One of her ancestors was Archibald Campbell, 9th Earl of Argyll, from Scotland.

The former actress spent her first Mother’s Day with her baby boy and her mother, Doria Ragland, at her home in Windsor, England, a source told Us exclusively on Sunday, May 12. “It will be a very quiet day full of spending time with family,” the insider said at the time. “Harry and Meghan are truly in baby bliss right now. It is a life they’ve both dreamed of and now they get to live it.”

The source added: “Meghan and Harry both love having Doria there, she is so level-headed and just what a set of new parents need to keep them calm and give them great advice.”

As for their new home, Frogmore Cottage, the insider went on to say, “Meghan and Harry are very happy with how the house and nursery turned out, everything is comfortable and they are much happier than when they were living at Kensington Palace.”

The Suits alum and her husband tied the knot at St George’s Chapel at Windsor Castle in May 2018. They announced that they were expecting five months later.

With reporting by Travis Cronin