Will Smith, 51, admits his colonoscopy ‘turned very real’ after his surgeon discovered a precancerous polyp

Will Smith has opened up about the shock of being told he had a precancerous polyp after undergoing a routine colonoscopy.

The singer and actor, 51, decided to make light of passing the threshold when it’s recommended to get regular colonoscopies – at age 50 – by filming it, and posting it on YouTube.

But the fun turned sour when he woke up to unsavory news: he had a polyp that could have turned into colon cancer.

Speaking to Ellen DeGeneres, Smith admitted he was left reeling for days. 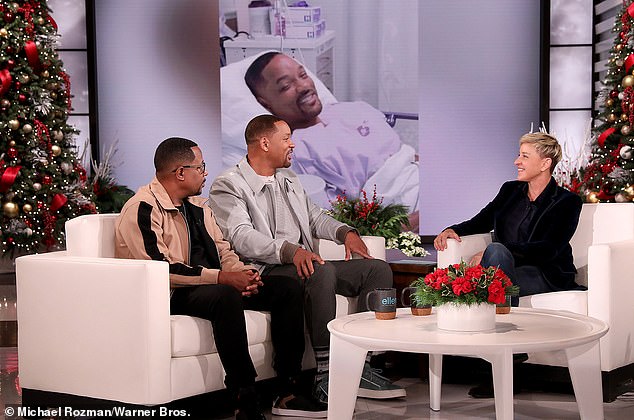 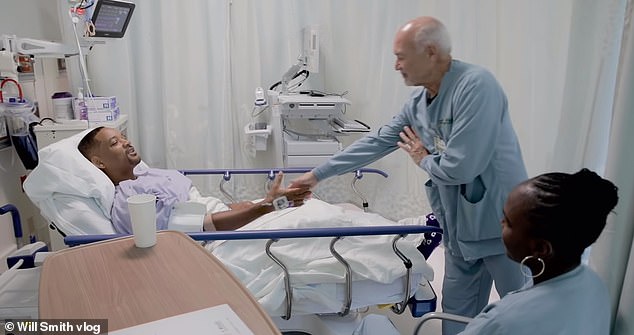 Smith, pictured meeting his doctor, said he was shocked when the test revealed a precancerous polyp

‘I thought it was fun, I was gonna vlog it, you know?’ Smith told DeGeneres Wednesday.

‘So, we do the whole thing and I’m vlogging. And I was like, ‘Hey, it’s time now we’re gonna do – let’s do the final piece where the doctor tells me everything.”

That’s when the doctor tells him they removed a polyp.

‘All of a sudden it turned very real, you know? It was just a good thing that they removed it and it was really great.’

Colon cancer is on the rise across the world, and the symptoms can be hard to detect early.

Doctors can spot colon cancer before it forms, but only through performing a colonoscopy to screen for polyps (small lumps) along the intestine walls.

If those are detected early, patients have a better chance of catching the disease before it becomes a reality, or before symptoms arise, at which point it’s more often more serious. 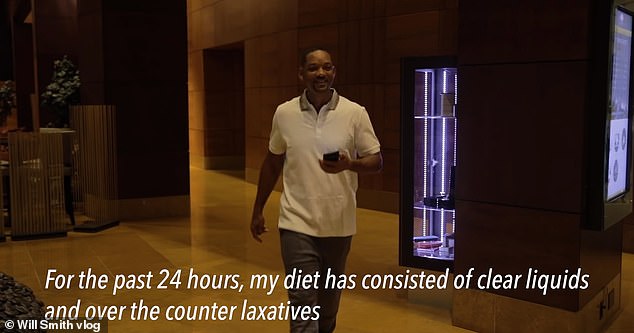 Prior to a colonoscopy, patients cannot eat anything and have to drink two liters of ‘prep’ which flushes their insides 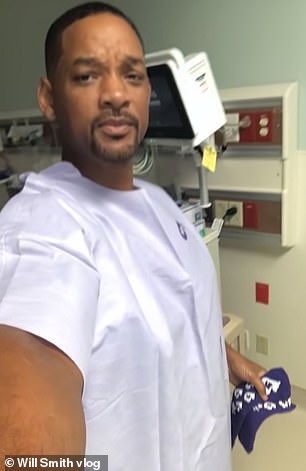 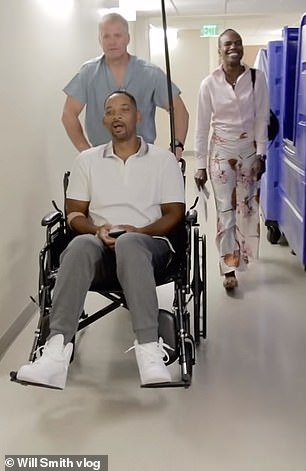 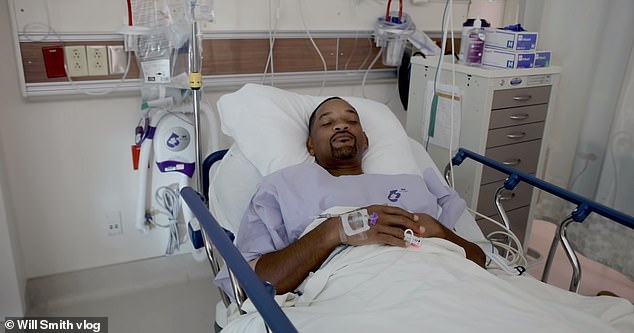 Speaking to DeGeneres, Smith said the diagnosis was a wake-up call

But study after study shows that the situation is more complicated and more sinister for African Americans, for many reasons.

Since most of our medical research has historically been performed on white people, particularly white men, researchers are playing catch-up to understand why this is the case. It’s likely a combination of environmental factors, poor access to healthcare compared to Caucasians, and mistrust.

Speaking to DeGeneres, Smith said the diagnosis was a wake-up call.

‘It is so important to take those health issues very seriously and go,’ he said.

‘And I’m telling you, have yourself checked out! They caught it early. It was done.’

Related posts:
06/12/2019 Health News Comments Off on Will Smith says colonoscopy turned very real when doctor found a polyp
Categories
Recent Posts
We and our partners use cookies on this site to improve our service, perform analytics, personalize advertising, measure advertising performance, and remember website preferences.Ok