If you’ve recently gone shopping for a new pair of eyeglasses, there’s a chance you may have come across some blue-light-blocking glasses, which seem to be everywhere, from online to brick-and-mortar optical stores.

The reason behind their popularity may be that more people are using digital devices, including cell phones and computers, which emit blue light. In fact, one study found that the average worker spends about 1,700 hours a year in front of a computer screen, and that doesn’t even include the time they spend looking at other screens when they’re not at work.

“Nine out of 10 people use digital devices for two or more hours each day,” Dr. Mark Jacquot, an optometrist and vice president of Vision Care Operations for LensCrafters, told ABC News.

Whether the glasses work, however, is unclear — expert opinions vary. Dr. Sunir J. Garg, a clinical spokesperson for the American Academy of Ophthalmology (AAO) and ophthalmologist at Wills Eye Hospital in Philadelphia, says that there hasn’t been much research on their effectiveness and with them being so popular now, “you wonder where they came from.”

So, here is what you should know about blue-light-blocking glasses. 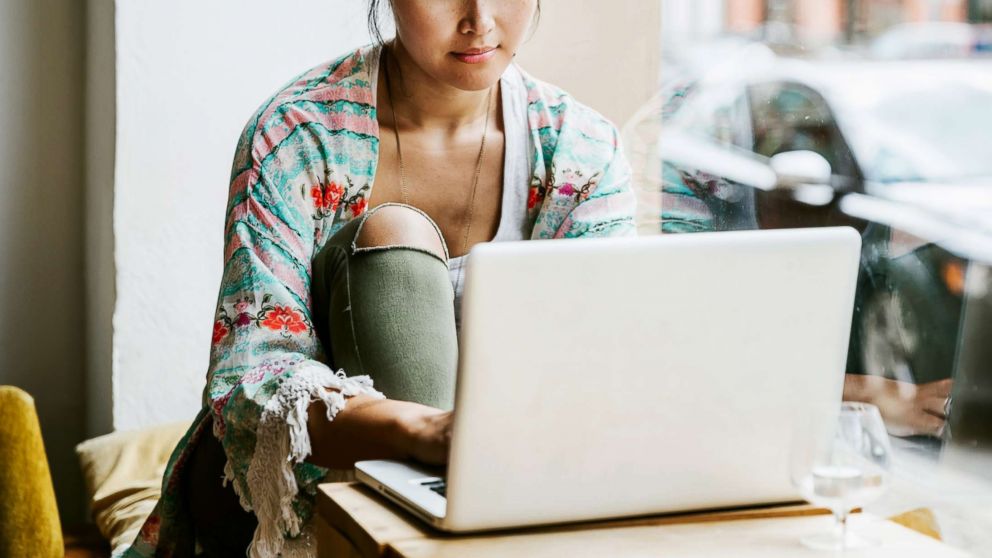 Computers and cell phones are not the only sources of blue light in our everyday lives. The largest source of blue light is actually sunlight. Blue light exposure from screens is much less than that from sunlight.

“People have been exposed to blue light for as long as they have been around,” Garg said. “The eye has done a good job of filtering this over time through evolution.”

Blue light may be connected to sleep issues.

While the recommended amount of sleep for adults is seven to nine hours per night, one in three adults does not get enough sleep. Electronic devices may share part of the blame for poor sleep habits.

Blue light from screens can delay the release of melatonin, which is the main sleep-promoting hormone. It can also increase alertness and push back the body’s internal clock to a later schedule. Blue light is not always necessarily bad — some amount of blue light during the day helps keep us awake — but overexposure at night can disrupt sleep.

Jacquot said that blue-light-blocking glasses can help with sleep, and since they don’t block 100 percent of blue light, they shouldn’t cause you to feel sleepy during the day. Habits that can help promote sleep include removing electronic devices from the bedroom and stopping their use one to two hours before lying down. The earlier the better.

If you look at a person watching TV or playing a video game, their eyes don’t move a lot. Normally, we blink our eyes about 15 times a minute, but when looking at digital devices, we blink about a third to half as much. This causes our eyes to feel dry and tired and puts a strain on them.

Digital eye strain, also called computer vision syndrome, refers to eye discomfort and vision problems that occur after prolonged use of electronic devices. Jacquot estimates that about 65 percent of people experience symptoms of digital eye strain. He said that this condition is multifactorial with blue light, the reduced blink rate, and extended viewing of screens without breaks all playing a role.

If you’re trying to reduce eye strain, try sitting at least 25 inches from your computer screen and follow the 20-20-20 rule: every 20 minutes, look 20 feet away for about 20 seconds. Also, use artificial tears when your eyes feel dry. By breaking the constant attention on the screen, the eyes will feel less strained and more lubricated.

Blue light may not help you sleep, but it probably won’t cause serious eye diseases, either.

While some have suggested a possible link between blue light and macular degeneration, Garg said that “there have been no studies that have shown that blue light causes a problem in people.”

Garg also explained that much of the blue light that we are exposed to on a daily basis is filtered from the cornea and the lens, so the amount that hits the retina is not as much as one might think. He said that the limited research that suggests blue light is harmful to eye structures is based on data from “shining bright light to cells in a petri dish or to animals in levels much higher than we would be exposed to going about our daily lives.”

Blue-light-blocking glasses do not have many side effects.

Blue-light-blocking glasses are not known to have negative health side effects and should not affect your day-to-day function. Historically, there may have been a cosmetic concern regarding a yellow-brown hue that sometimes came with these glasses. However, with advances in the manufacturing process, these concerns have waned. Jacquot said that the Blue IQ lenses have a very light beige tint that most people don’t even notice and the Blue IQ Clear lenses are clear.

Blue-light-blocking glasses are different from single-vision and multifocal glasses.

Single vision glasses are designed to correct distance vision while multifocal glasses correct both distance and near vision. Blue-light-blocking glasses typically apply a special pigment or coating to the lenses to block out some amount of blue light.

More research is needed to better understand the long-term risks of blue light and the benefits of blue-light-blocking glasses. While the AAO does not recommend any special eyewear for digital devices at this time, Jacquot “confidently recommends” them given their potential benefits.

Jacquot emphasized the importance of annual eye exams for everyone and said that people should be careful of “self-diagnosing” themselves. Regular visits to the eye doctor can help identify important vision and health problems, such as glaucoma, macular degeneration, diabetes and high blood pressure, many of which develop without any symptoms. The AAO recommends that everyone get a baseline eye exam by age 40 and that people over age 65 get an eye exam regularly, even if they have no eye symptoms.

Related posts:
18/03/2019 Health News Comments Off on Blue-light-blocking glasses are gaining in popularity: Here's everything you should know about them
Categories
Recent Posts
We and our partners use cookies on this site to improve our service, perform analytics, personalize advertising, measure advertising performance, and remember website preferences.Ok